Renowned YouTuber Lily Singh recently shared an appreciation post for the singer Diljit Dosanjh and shared a picture with him. 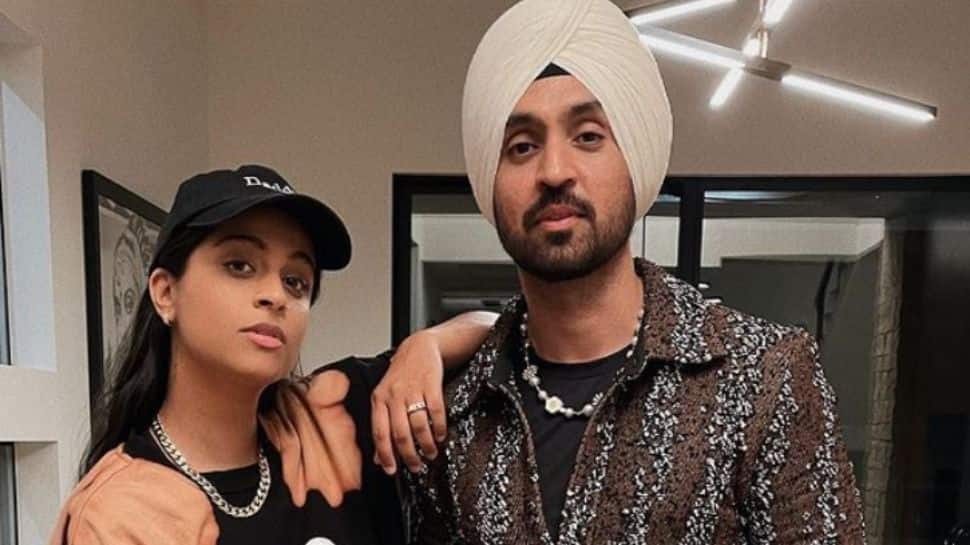 New Delhi: Renowned YouTuber Lily Singh recently shared an appreciation post with the singer Diljit Dosanjh and shared a picture with him on Instagram. She also wrote a long caption praising his achievements and the bond that the two share with each other.

She wrote, "You know, @diljitdosanjh is a real one when he comes through after two days of non-stop shooting, no matter how late, just to say wuddup. Punjabiyan de connectttt, also, there’s nothing I won’t do to see this man win even more. What a force. Punjabi music to the universe. If you don’t know, hop on Apple Music/Spotify/your neighbour’s wifi one time and see what’s up. Diljit Dosanjh, you can thank me later when your doing bhatka (squats) three pegs (dranks) in with your Nana Ji (me)."

Lily Singh is an Indian-Canadian famous YouTuber, who is also known by her pseudonym Superwoman. She gained immense fame through her videos on YouTube and in 2016, she was listed 3rd on Forbes list of the world's highest-paid YouTubers.

On the other hand, in 2020, Diljit had made an appearance in the social satire 'Suraj Pe Mangal Bhari' starring Manoj Bajpayee and Fatima Sana Shaikh. Last year, he had also released 'Paigambar', a spiritual. This year, he appeared on the Sikh 100 list.