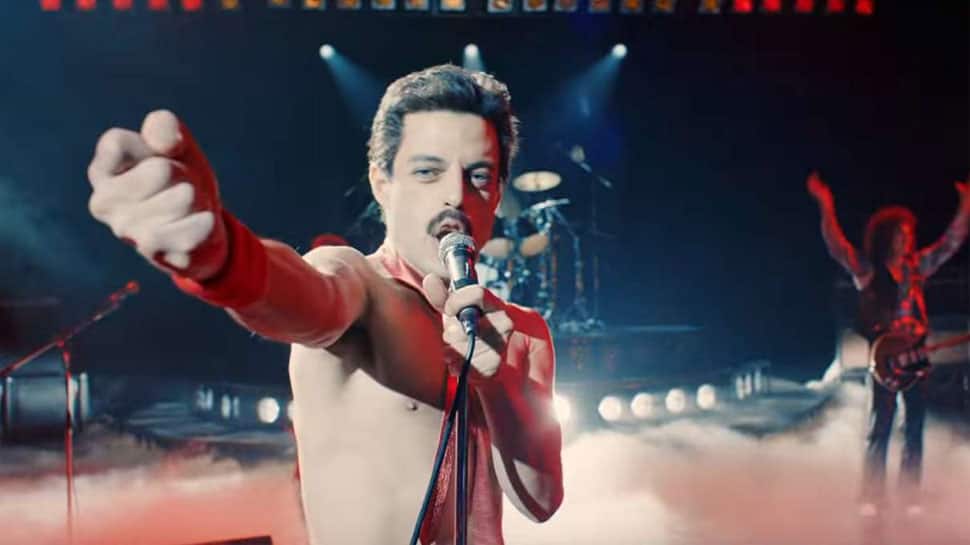 Washington: Seems like actor Rami Malek is not embarrassed by the 2019 Golden Globes awkward moment with Nicole Kidman. The 'Bohemian Rhapsody' actor told E! News that he actually loved the awkward encounter with Nicole because it was a "totally human moment."

"I wouldn't take it back-or ask her to take it back ever," he shared at the 2019 Critics' Choice Awards over the weekend. The 37-year-old actor also joked that "If it gets me to have a conversation privately with Nicole Kidman, I`ll take that any day."

Nicole and Rami bonded over the buzz-worthy moment. On the Critics` Choice Awards red carpet they shared a huge hug and Rami also revealed that "We had a personal chat about it, which was great."

Apart from chatting with Nicole, which was definitely one of the highlights of the award night, Rami was also over the moon to be one of the nominees at the ceremony."I think what I try to do and going into every one of these moments is appreciate that I am here and nominated and that our film did well enough to put us in this position as it is," he shared.

Unfortunately, the 'Mr. Robot' actor did not go home with the award for Best Actor, Christian Bale won instead, but Rami had a positive outlook on losing out to stars like Bale. The 37-year-old also shared that he is "thrilled" to be this year's winner at the Golden Globes and that it was "such an honour and so cool to have had that in my hand and to share it with everybody that worked on this film."

Rami celebrated his win with his friends and family by having a celebratory drink and eating burgers and fries. However, he revealed that he went easy on the alcoholic drinks so that he "could remember the whole thing as well."

After Nicole presented Bohemian Rhapsody with the final award of the night at the Golden Globes- best motion picture, drama- Malek, who has portrayed Queen frontman Freddie Mercury in the film, was on stage to accept the award. He was then caught on camera attempting to say hello to Kidman, even reaching out and placing his hand on her back and Nicole accidentally snubbed Rami at the awards.

It appeared like Kidman did not notice Malek, which caused a viral encounter that had fans laughing and talking about it on social media. Malek won the best actor in a motion picture, drama at the Golden Globes for his portrayal of Freddie Mercury in 'Bohemian Rhapsody'.

The 2018 biographical film about the British rock band 'Queen' followed singer Freddie Mercury's life, right from him joining the band in 1970 to their Live Aid performance at Wembley Stadium in 1985.