Ranbir Kapoor and Alia Bhatt were holidaying with his family in New York and spent more than a week with them. Ranbir's actor father Rishi Kapoor was also undergoing cancer treatment there.

New Delhi: Actors Ranbir Kapoor and Alia Bhatt were spotted at the Mumbai airport on Monday morning as they returned from New York after a brief holiday. The spotlight followed the couple at the airport as soon as they came out of the arrival gates. While Alia smiled for the cameras, Ranbir sported a serious expression.

Take a look at the pictures here. 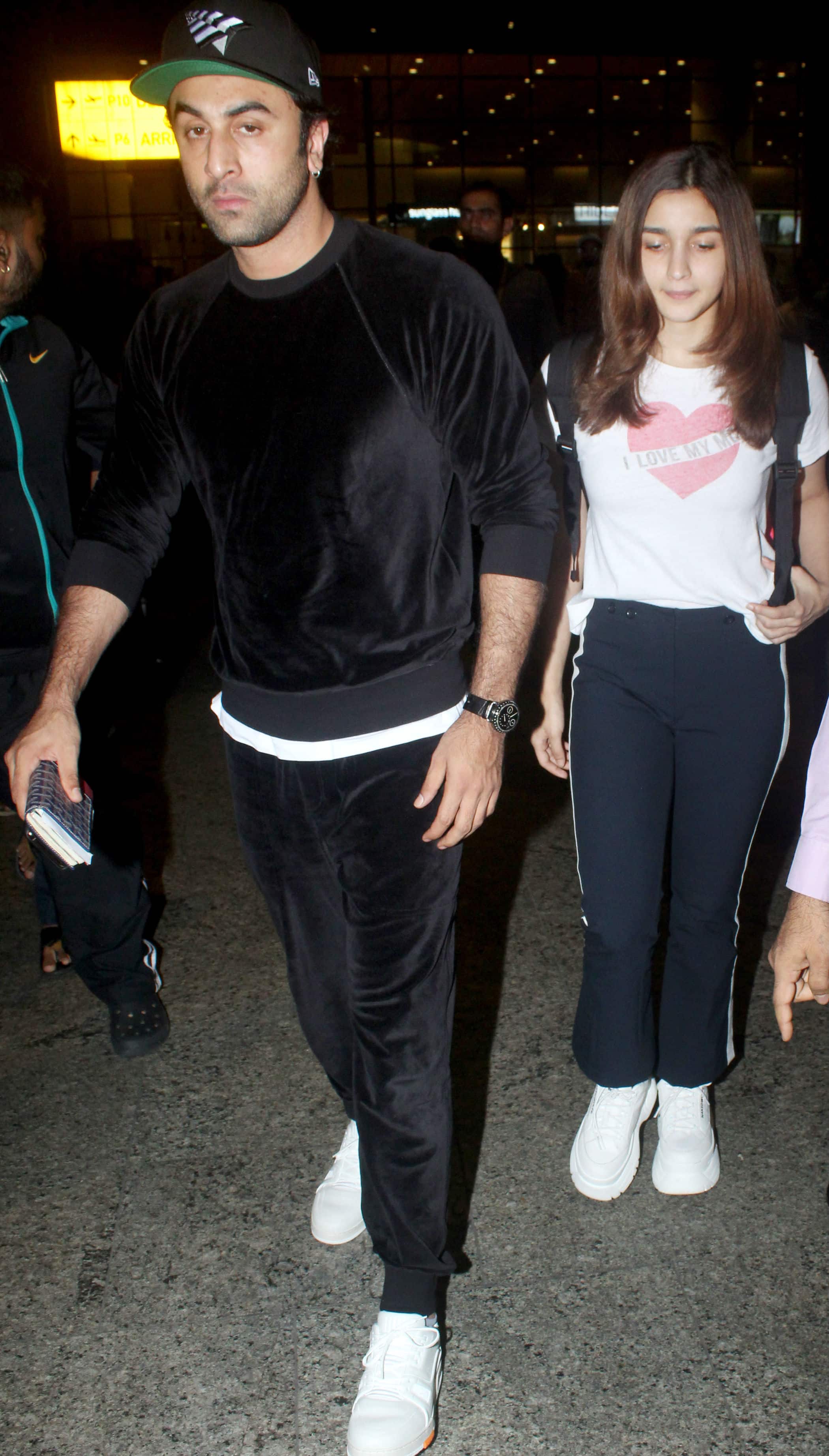 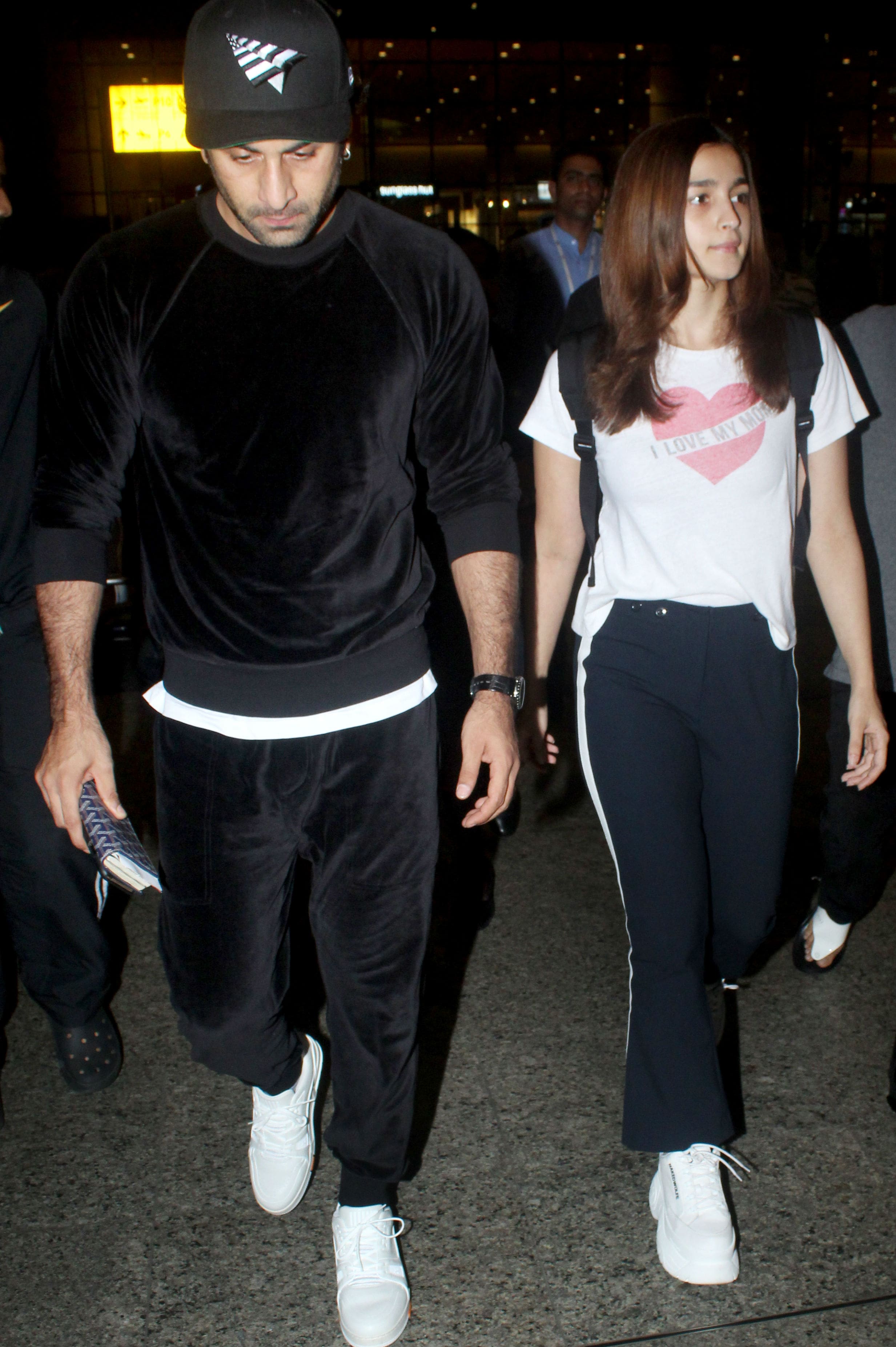 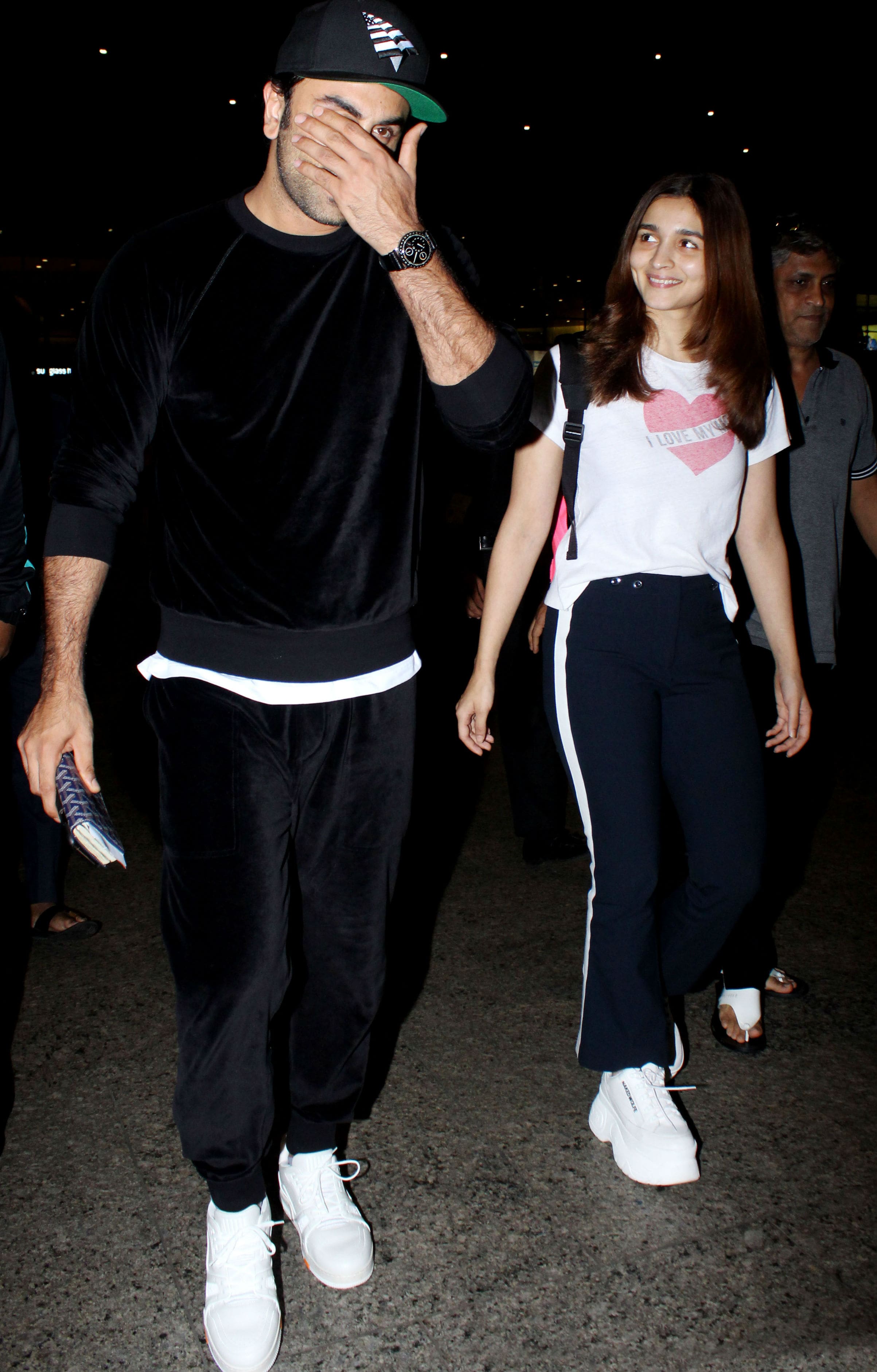 Ranbir and Alia were holidaying with his family in the Big Apple and spent more than a week with them. Ranbir's actor father Rishi Kapoor was also undergoing cancer treatment there and his wife Neetu Kapoor has been with him.

"Your family is your whole world. So, so many LOVES in these beautiful moments," Neetu captioned a picture of the Kapoors with Alia and the Bachchans.

Lovly to see two beauties warming up  which two Hmmmmmmm

Here's a lovely picture of Rishi Kapoor with Ranbir and son-in-law Bharat. "Pure heart is very attractive and all three have that quality. They are individually strong, pure with great wit !!! My super men," Neetu wrote.

Pure heart is very attractive n all three have that quality  they are individually strong Pure with great wit !!! my super men #threescompany #familytime

Alia and Ranbir's rumoured romance featured in headlines in May 2018 after they made a couple entry at Sonam Kapoor and Anand Ahuja's wedding reception. It was earlier this year that Alia sort of confirmed her relationship with Ranbir when she thanked her 'special one' while receiving the Filmfare Best Actress award.

Neetu later shared a picture of them together holding their respective Filmfare awards and wrote, "AND moments like these make you forget all the stress. Congratulations so proud and happy."

On the work front, Alia and Ranbir are together making 'Brahmastra', a trilogy directed by Ayan Mukerji. The film also stars Amitabh Bachchan and Mouni Roy in pivotal roles. It is said that Alia and Ranbir fell in love while shooting for 'Brahmastra'. The first part of 'Brahmastra' is scheduled to release in summer 2020.

Apart from 'Brahmastra', Alia has 'Sadak 2' and ' SS Rajamouli's Telugu film 'RRR' in her kitty while has signed up for 'Shamshera'.