After closing, the cine icon hopes that he will be back for the opening of the theatre. 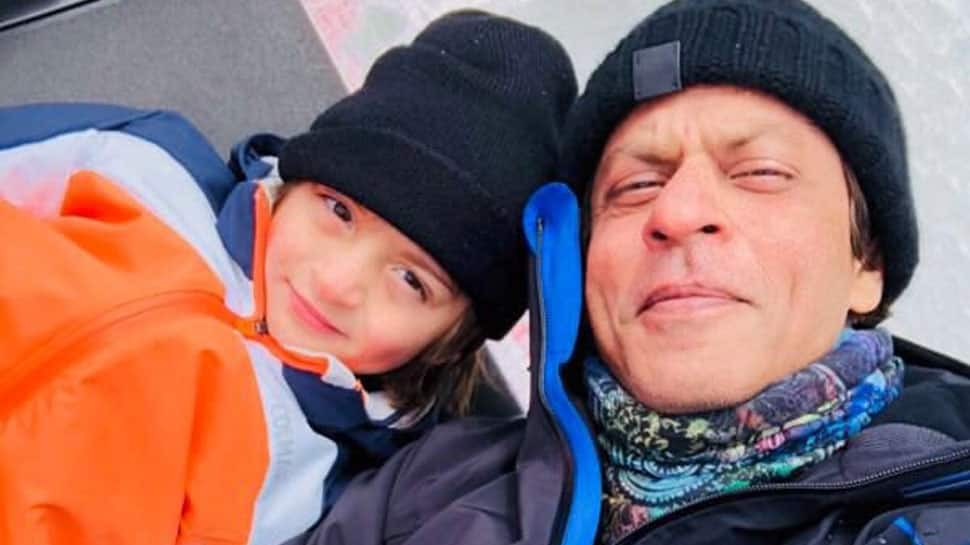 New Delhi: Superstar Shah Rukh Khan has come to Delhi with his youngest son AbRam, and says he plans to take him around to show how Diwali is celebrated in the national capital.

"I would love to spend Diwali here but there are a couple of parties back in Mumbai that we have to attend. That has become a culture. So, I have to rush back. However, I am here till Diwali, and I have got my little son AbRam here," Shah Rukh said when asked about his Diwali plans at an event here.

"I will take him around and show him how Delhi celebrates the festival. I believe festivals like Diwali, Holi or Dussehra, are celebrated in the best manner in Delhi, and not anywhere else. Maybe it is my own thinking but yes, now that he is old enough, I want him to experience that," added the superstar, who hails from Delhi.

As PVR officials thanked Shah Rukh for joining the event, the Bollywood star joked about not shooting at the moment, saying that his colleagues such as Salman Khan and Aamir Khan have a very busy shooting schedule.

"These people are just being nice to me. They were thinking 'which actor at this point is not working'. Ajay knew I did not have any shoot. He thought I have free time, and thought that 'only he can come because Aamir is busy, Salman is busy and Hrithik (Hrithik Roshan) is the most busy at this point of time'. So, he was like Shah Rukh is coming for mother-in-law birthday, he would not say no," said Shah Rukh, whose last release was "Zero".

After closing, the cine icon hopes that he will be back for the opening of the theatre.

"Today I have come for a closing. Inshallah, I will also be coming for the opening of the theatre, the same cinema hall where I used to stand outside and wish that 'ticket mil jaaye'," he said.

Talking about the theatre, Ajay said: "PVR Anupam is extremely special as it is the first multiplex in India... PVR Anupam will come back with new and exciting features, living up to the expectations of today's audience."

Shah Rukh: Get nostalgic about my parents in Delhi