Payal Ghosh made headlines on Saturday after she accused filmmaker Anurag Kashyap of sexual harassment. 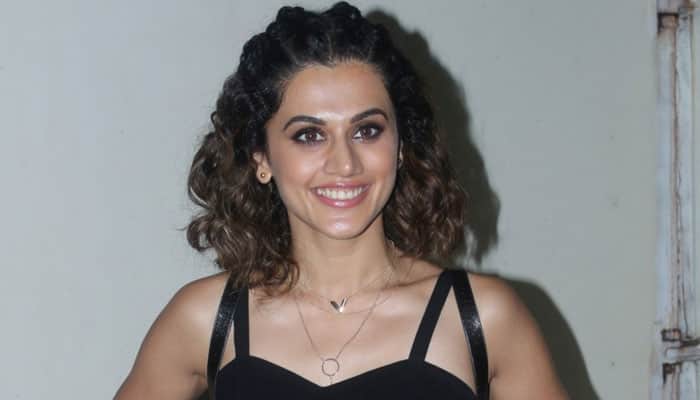 New Delhi: A day after actress Payal Ghosh accused Anurag Kashyap of sexual harassment, Taapsee Pannu shared a note for her filmmaker and called him the "biggest feminist". Sharing a photo with Anurag Kashyap, Taapsee wrote, "For you, my friend, are the biggest feminist I know. See you on the sets soon of yet another piece of art that shows how powerful and significant women are in the world you create."

For you, my friend , are the biggest feminist I know. See you on the sets soon of yet another piece of art that shows how powerful and significant women are in the world you create :)

Taapsee was directed by Anurag Kashyap in 2018's 'Manmarziyaan' and they later collaborated for 'Saand Ki Aankh'.

Meanwhile, on Saturday, Payal Ghosh took to Twitter to open up against Anurag Kashyap. She also tagged Prime Minister Narendra Modi in her tweet, requesting him to take action against the filmmaker.

She wrote, "Anurag Kashyap has forced himself on me and extremely badly. PMO India, Narendra Modi, kindly take action and let the country see the demon behind this creative guy. I am aware that it can harm me and my security is at risk. Pls help."

In an interview to news agency ANI, the actress said, "He made me feel uncomfortable. I felt bad about it, whatever happened shouldn't have happened. If someone approaches you for work, it doesn't mean the person is prepared for anything."

Anurag Kashyap has, however, denied the allegations levelled against him, and termed them "baseless".

Payal Ghosh is known for her role in 'Patel Ki Punjabi Shaadi'. She has also been part of the TV show 'Saath Nibhaana Saathiya'.