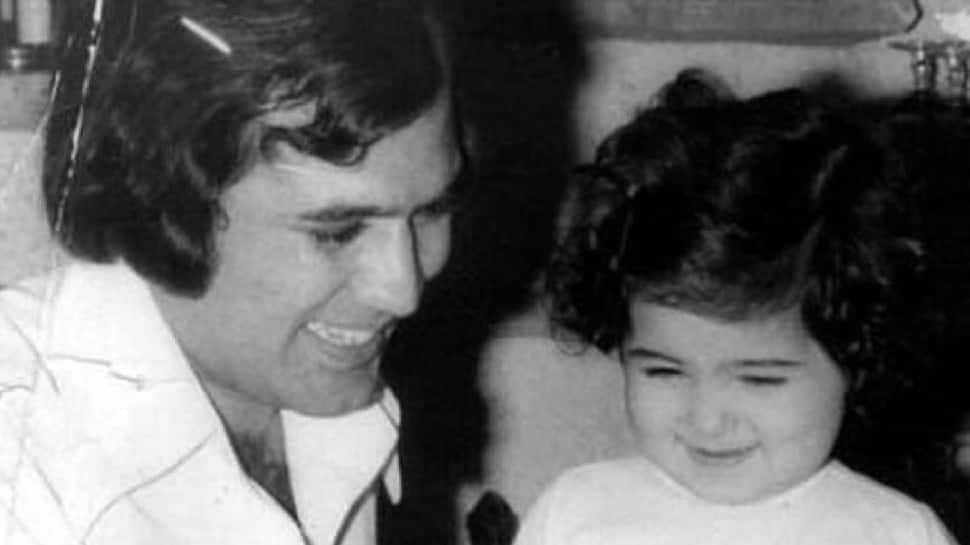 New Delhi: Actress Twinkle Khanna shares her birthday with her late father and legendary actor Rajesh Khanna. She took to social media to share a throwback picture of her father and herself and got nostalgic as she spoke about how she was raised.

In the throwback picture, Twinkle is seen as a young child with her youthful father smiling at her with a proud expression on his face. The post also has another picture that shows the late Rajesh Khanna in action. She said in her post that for her, Father’s day will always be in December.

In memory of her father she shared the two pictures and is quoted in the caption saying, “He told my mother that I was the best present she could have ever given him as I entered the world, feet first, on his 31st birthday. He called me Tina Baba, never baby, and though I didn't realise it at that point, my upbringing was different from all the other young girls around me," she writes of "the only man who had the power to break my heart."

Meanwhile hubby Akshay Kumar wished wife Twinkle on her special day. Take a look at the unseen picture of the cute couple:

Here’s to another year of questionable life decisions. But I’m so glad I get to make all of them with you Happy birthday Tina pic.twitter.com/ERCQn0SmqE

The actor-turned-author had previously shared a stunning selfie in which she flaunted her embroidery skills and had earlier shared a video of herself doing embroidery. Wearing the top she had embroidered on, she shared in the caption that she finds doing embroidery therapeutic.