Indian cinema's one of the most-loved and iconic star Dilip Kumar died on July 7, 2021, at PD Hinduja hospital. The phenomenal star ruled the hearts of his fans across generations. 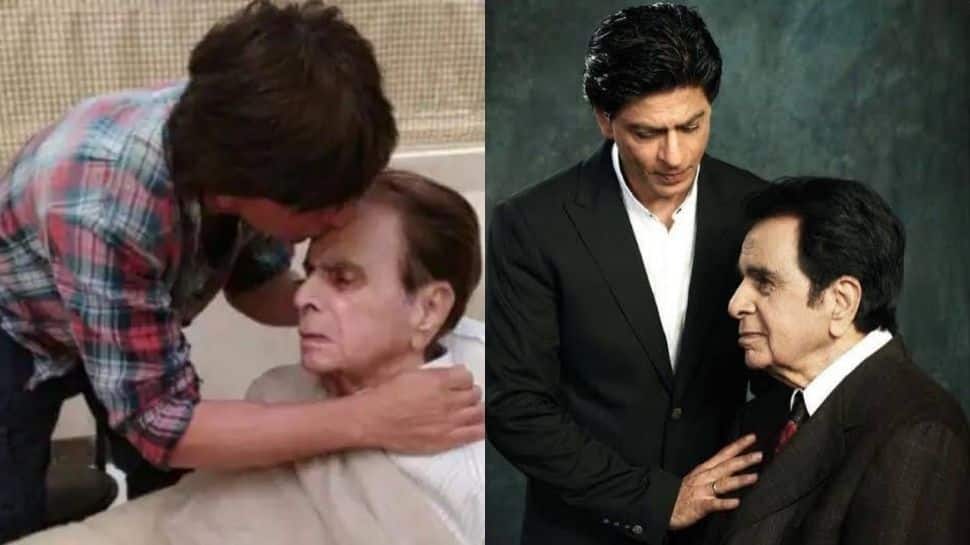 New Delhi: Indian cinema's one of the most-loved and iconic star Dilip Kumar died on July 7, 2021, at PD Hinduja hospital. The phenomenal star ruled the hearts of his fans across generations.

While the entire nation is mourning the death of the legendary actor, one of the throwback videos of Dilip Kumar with superstar Shah Rukh Khan has gone viral. In the old video, Dilip Kumar can be seen arriving on the stage at Zee Cine Awards 2001 along with his wife Saira Banu and SRK rolls the red carpet himself for their arrival.

The video is getting a lot of attention from the netizens and everyone is appreciating SRK for his kind gesture.

Well, that was the aura and legacy of the late legendary actor Dilip Kumar.

For the unversed, SRK shared a great bond of affection and love with Dilip Saab and his family. He was treated like a family by the power couple. Earlier today, as soon as Shah Rukh heard about the sad demise, he at once arrived at Dilip Kumar's residence to pay his last respects and condolences to Saira Banu.

The 98-year-old actor was battling health issues for quite some time now and all through this he had wife Saira Banu and close friends by his side.

Did you know 'football' lover Dilip Kumar was a fan of Chuni Goswami? Read trivia