A massive fire broke out at the Serum Institute of India in Pune, Maharashtra, on Thursday (January 21). At least 10 fire tenders have reached the spot so far. The fire broke out at Terminal 1 gate of the Manjari facility where the Covishield vaccine is being made. The Covishield vaccine is being used in the national inoculation drive against coronavirus. 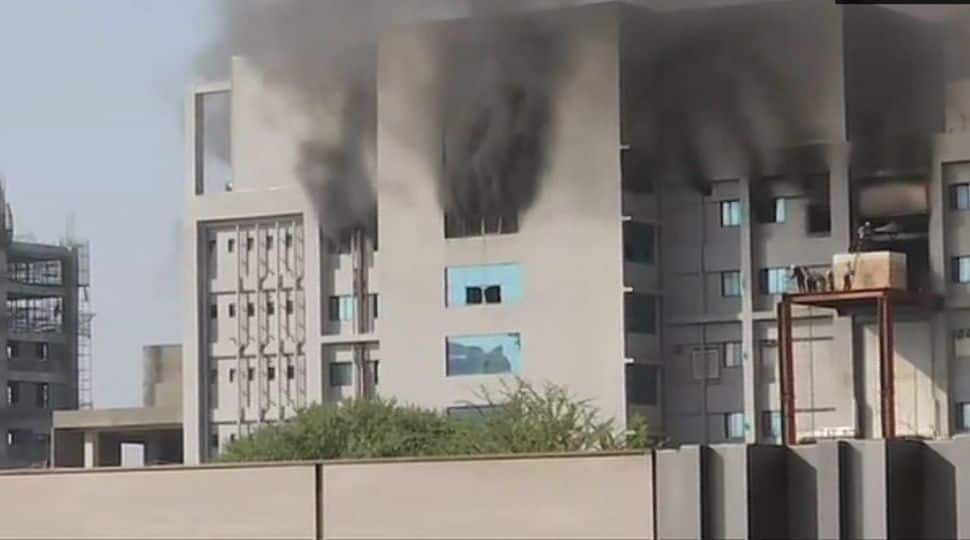 New Delhi: A massive fire broke out at the Serum Institute of India in Pune, Maharashtra, on Thursday (January 21). At least 10 fire tenders have reached the spot so far.

The fire broke out at the fourth and fifth floors of SEZ3 building inside the Terminal Gate 1 of Serum Institute of India, Pune.

Deputy Commissioner of Police Namrata Patil told PTI the fire broke out at 2.45 pm on the fourth and fifth floor of the SEZ 3 building in the Serum Institute premises. "As per the primary information, three people have been evacuated," she said. One team of National Disaster Response Force (NDRF) has moved for the location.

The Serum Institute of India (SII) was founded by Cyrus Poonawalla in 1966.  SII is the world's biggest vaccine maker.

The fire will not affect the production of coronavirus vaccines, a source close to the firm told news agency Reuters. SII is manufacturing a vaccine developed by Oxford University and AstraZeneca for India and many other low- and middle-income countries.

There was no immediate word on any casualties, nor on the cause of the fire. An SII representative did not immediately respond to an email seeking comment reported Reuters.

Thank you everyone for your concern and prayers. So far the most important thing is that there have been no lives lost or major injuries due to the fire, despite a few floors being destroyed.

Thank you, everyone, for your concern & prayers. So far the most important thing is that there've been no lives lost or major injuries due to fire, despite a few floors being destroyed: Adar Poonawalla, CEO-Owner, Serum Institute of India on the incident of fire at SII's Manjri plant.

Maharashtra Chief Minister Uddhav Thackeray has stated that "as per the information we've received, the fire is under control. There have been no casualties so far. The fire had not broken out at the COVID vaccine unit."

"Fire at the Serum Institute of India building is under control, the cooling process is underway. No casualty reported, cause of the fire is still unknown" said Prashant Ranpise, Chief fire officer, Pune Municipal Corporation.

Air hostess in Pune alleges rape, assault on man she met on Tinder