Can Navjot Singh Sidhu be the CM face of AAP in Punjab?

For AAP, which is seeing the upcoming assembly polls in Punjab as its only chance of forming its full-fledged government outside Delhi, Navjot Singh Sidhu can certainly be a game-changer for the party. 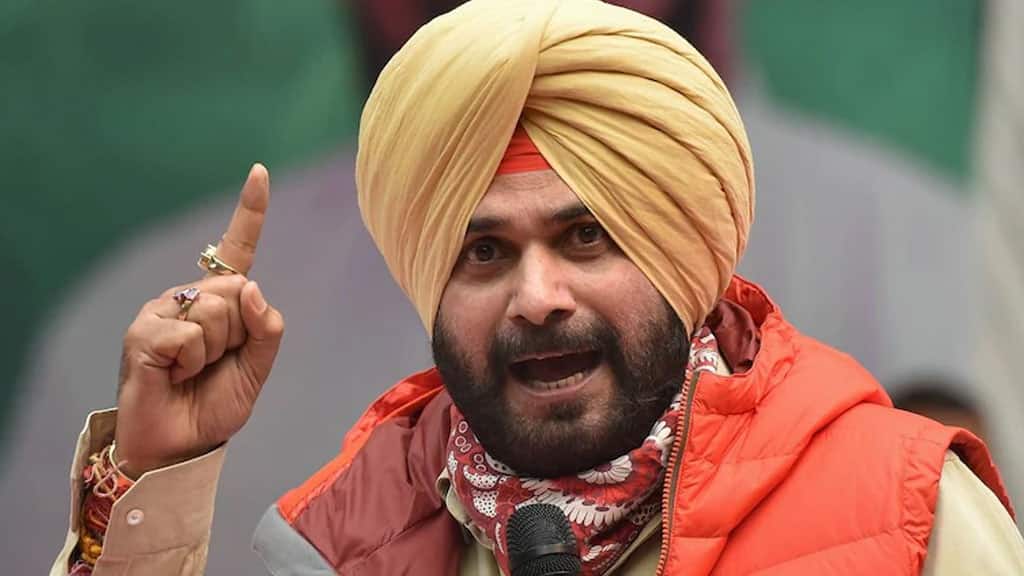 New Delhi: Will factionalism and infighting within the Punjab unit of Congress end soon? Will there be a patch-up between Chief Minister Amarinder Singh and Navjot Singh Sidhu? or can Congress afford to lose Sidhu and find a suitable replacement for him? These are the questions which the three-member panel, set up by Congress president Sonia Gandhi to end factionalism in the party`s Punjab unit, is grappling with at the moment.

As the Congress leadership is trying hard to put its state unit in order, a recent announcement by Delhi Chief Minister Arvind Kejriwal that his party’s chief ministerial face in the poll-bound state will be a ‘Sikh’ has further triggered intense speculations about Navjot Singh Sidhu quitting Congress and joining the Aam Admi Party.

The Aam Aadmi Party national convener had said on Monday that discussions were on within the party for choosing the “right candidate” as the CM face and assured that entire Punjab would be proud of their choice. Kejriwal, while addressing a press conference, said that “Punjab is fed up with its current political leadership and is looking for a new brand of politics. Punjab is the only state which gets a Sikh CM. I feel that this is a right of the Sikhs which should be upheld.”

The Delhi Chief Minister made this announcement while inducting former inspector general of police (IGP) Kunwar Vijay Pratap Singh into AAP at Circuit House in Amritsar. Importantly, the AAP chief also categorically ruled out that he was in the race for Punjab CM and called it a ‘baseless rumour.’

This has set the rumour mill talking that the AAP may be considering Navjot Singh Sidhu as a ‘game-changer’’ in Punjab politics. It may be noted that Kejriwal’s party had been trying hard to expand its presence in Punjab, and the party has received good results too. However, the party has failed to find a credible face in Punjab and has blamed infighting as one of the main factors behind its dismal performance in assembly polls in Punjab in the past.

For years, Punjab has had a tradition of voting for personalities like Prakash Singh Badal and Captain Amarinder Singh, but Kejriwal’s party has preferred not to project any one of its state leaders as the AAP’s CM candidate. At one point in time, there were several top contenders in AAP for the CM’s post – Sangrur MP Bhagwant Singh Mann, HS Phoolka and Sukhpail Singh Khaira.

While Khaira quit the party and joined the Congress, Phoolka also deserted AAP in 2019. Bhagwant Mann, who is currently the party chief in Punjab and the only AAP MP from the state. But he is not considered as the right candidate for the top post despite his popularity. Besides Mann, AAP MLA Harpal Cheema and former MP Professor Sadhu Singh are other top contenders in the party for the CM’s chair.

If political analysts are to be believed, the AAP central leadership is looking for someone who can be a ''game-changer'' for the party and can challenge a Congress heavyweight like Amarinder Singh with equal ease.

The Aam Aadmi Party’s desperate search for a credible Sikh CM candidate for Punjab can end if it opens its door for Navjot Singh Sidhu, who has openly expressed his differences with Amarinder Singh and is seen as a senior leader with a huge mass appeal among the voters across in the state.

Though it's too early to say anything since no formal announcement has been made in this regard, if Kejriwal’s party manages to woo Sidhu in the days to come, it can play a big role in its revival in Punjab. For the unversed, Kejriwal’s party had made an unsuccessful attempt to take Sidhu onboard during the 2017 assembly polls.

However, Sidhu then joined Congress, but he soon felt side-lined due to his growing differences with the Chief Minister. Sidhu, who has never shied away from attacking the SAD leaders and criticising his own party's government over sensitive issues, is not a political novice in Punjab politics and enjoys a firm backing of several top Congress MLAs.

For AAP, which is seeing the upcoming assembly polls in Punjab as its only chance of forming its full-fledged government outside Delhi, Sidhu can surely be the man the party has been looking for.

Amid all this, the three-member panel, set up by Congress president Sonia Gandhi to end factionalism in the party`s Punjab unit, will meet today to iron out the differences between the two top leaders.

Congress interim president Sonia Gandhi has been apprised of the situation and she has called for an early resolution of all issues plaguing the party. The committee will discuss all those issues with Punjab Chief Minister Captain Amarinder Singh. This will be his first meeting with the panel members after they had submitted a report to party chief Sonia Gandhi. The AICC panel, which includes Mallikarjun Kharge, JP Aggarwal and Harish Rawat, has met Rahul Gandhi twice after submitting their report.

Sources close to the Chief Minister have said that the meeting is aimed at finding a solution acceptable to him concerning various issues. Another important sticking point is finding a suitable accommodation for Navjot Singh Sidhu, who is not on good terms with Captain Amarinder Singh.

Earlier in the first week of June, the Chief Minister had presented his side to the committee for three hours. Sources said that Rahul Gandhi is monitoring the developments but the party high command not yet opened its cards. They added that Sonia Gandhi wanted the committee to come up with a formula that is acceptable to all leaders.

The most important decision concerns that of the state Congress chief. There is also a possibility of the appointment of a Deputy Chief Minister and various election-related committees have to be finalised. At the moment, the Congress top brass is making all efforts to bring greater cohesion in the state unit ahead of assembly elections next year and resolve factional issues and "infighting".

The Congress leadership knows that Punjab is crucial for the party as it is one of the few states where the party is in power and the outcome will have an impact on the party`s prospects outside the state also.

AAP's CM candidate for Punjab will be from Sikh community, someone whole of Punjab is proud of: Arvind Kejriwal