Manmadhudu 2 to release in July

Team of Manmadhudu 2 features Akkineni Nagarjuna, Rakul Preet Singh, Lakshmi, Vennela Kishore. The star cast have been shooting for an extensive schedule in Portugal for last few days and finally, they have wrapped the shoot. 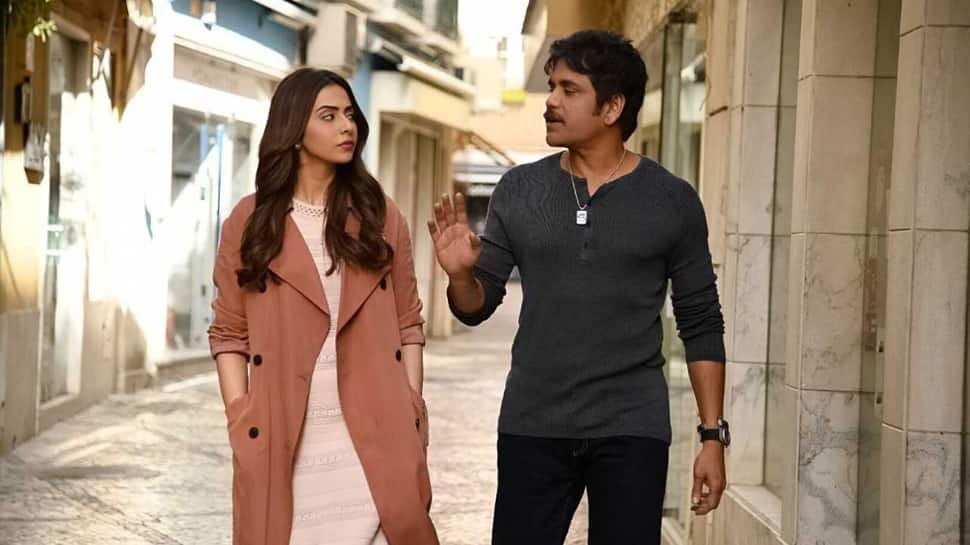 Team of Manmadhudu 2 features Akkineni Nagarjuna, Rakul Preet Singh, Lakshmi, Vennela Kishore. The star cast have been shooting for an extensive schedule in Portugal for last few days and finally, they have wrapped the shoot.

Directed by Rahul Ravindran, Manmadhudu 2 is a sequel of Manmadhudu which released 7 years ago.

As per the latest reports, it is said that Manmadhudu 2 is going to release much before than the date it is said to be. Reports have claimed that the film might hit the screens on August 15, on the day when Saaho is also releasing. But they have changed their minds to avoid a clash with Prabhas at the box office.  It is said that the film is expected to release in July if everything goes well. So the film will hit the screens much earlier than expected.

Rakul Preet Sing is currently in India, and has finished shooting for her part much before than anyone else, because she has to keep herself busy in promoting her upcoming film De De Pyaar De, which is set for release on May 17.

The film also has Samantha Akkineni and even she has taken part in the shooting that happened at Portugal. She will be doing an extended cameo in this film. We also learnt that Keerthy Suresh is also doing a cameo in this film. An official confirmation is awaited.

Prabhas to dub the Hindi version of Saaho