Chandrayaan-II: Historical move for India as ISRO prepares for first ever Moon-landing mission

For the first time in Indian history, ISRO is all set to mark its presence on the Moon. 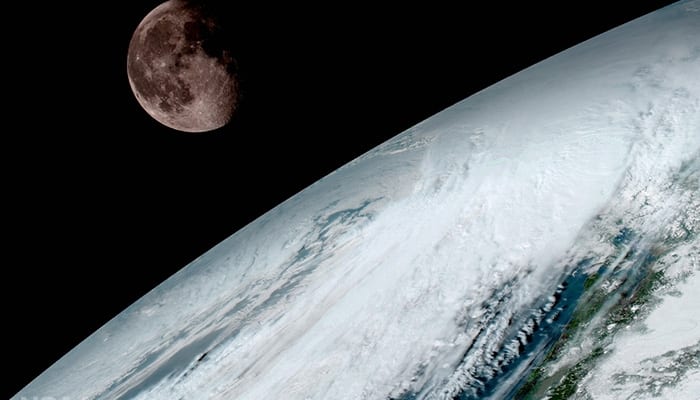 New Delhi: After establishing a pioneering position in the world with its game-changing space program, the Indian Space Research Organisation (ISRO) has certainly made its mark as one of the front-runners in the space race.

Now at par with and giving tough competition to its global counterparts, ISRO has a lot in its kitty to contribute to space research.

After announcing its first mission to the Sun scheduled for 2019, the space agency is all set to make a historical move.

For the first time in Indian history, ISRO is all set to mark its presence on the Moon.

The last time any country put boots on the Moon was in 2013, when China landed its Yutu rover there.

Now, ISRO is gearing up to land its very first lunar rover by the end of March 2018, as part of its Chandrayaan-2 mission.

While this is not India's first mission to the Moon, it is certainly the Indian government’s most ambitious Moon research project till date.

Chandrayaan-1 was launched in 2008 from Sriharikota off the East coast of India at an evaluated value of $83 million. ISRO’s 5-foot by 5-foot cube made it into lunar orbit and discovered some “magmatic water” on a Moon crater.

However, in November 2008, the spacecraft crashed into the Moon and got lost in lunar orbit before it was found again in 2016 by NASA.

The team at ISRO is currently in the process of developing three unmanned vehicles for the mission: an orbiter craft that will hover above the Moon's surface, plus a rover, and a lander that will safely plop that rover on the Moon.

The mission will carry a six-wheeled rover which will move around the landing site in semi-autonomous mode as decided by the ground commands. The instruments on the rover will observe the lunar surface and send back data, which will be useful for analysis of the lunar soil.

According to ISRO, the wheeled rover will drive on the lunar surface and will perform a chemical investigation on site. The information will be transmitted to Earth through the Chandrayaan-2 orbiter.

Weighing approximately 3290 kilograms, Chandrayaan-2, India’s second mission to the Moon is an entirely original mission including of an Orbiter, Lander and Rover. After approaching the 100 km lunar orbit, the Lander covering the Rover will depart from the Orbiter. After a controlled fall, the Lander will soft land on the lunar surface at a particularised site and dispose of the Rover.