The Federation of International Cricketers Association (FICA) has said that players across the world are insecure about providing information related to corruption to the anti-corruption units (ACU) of the various member boards. 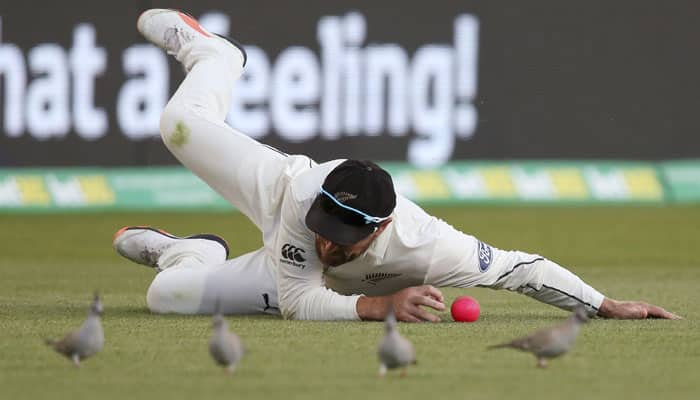 New Delhi: The Federation of International Cricketers Association (FICA) has said that players across the world are insecure about providing information related to corruption to the anti-corruption units (ACU) of the various member boards.

According to FICA's chief executive Tony Irish, the cricketers were concerned about the manner in which "sensitive information" provided by them was treated by the ACUs of various member countries.

"There is a degree of nervousness generally among players who report, around how that information will be used," Irish was quoted as saying by 'ESPNcricinfo'.

Former New Zealand captain Brendon McCullum, while delivering the MCC Spirit of Cricket lecture recently, said he had provided evidence against former team-mate Chris Cairns in a perjury case at the Southwark Crown Court last year, and had revealed how he reported two approaches by Cairns to a member of the ICC's ACU.

McCullum alleged that the official took the information on a piece of paper and told him it would end up at the "bottom of the file". Subsequently, Cairns was acquitted of all charges in the case.

"Brendon's experience doesn't help with that. It's a question often asked by players during anti-corruption education sessions run by players' associations at the domestic level," said Irish.

Irish said the protocols around how player statements were dealt with by both the ICC and the ACU in various member countries was an issue on which FICA wanted to focus.

"From a collective point of view we want to ensure that any sensitive information provided to authorities by players is protected, and that the various protocols and procedures in place provide adequate protections to players, in particular to whistle blowers. Protecting clean athletes effectively is a critical aspect of ensuring that corruption is stamped out," he said.

McCullum's first sitting with the ICC's ACU, when he was bewildered by the anti-corruption official's approach, had taken place at the start of the 2011 World Cup. In 2014, when he sat with the ACU to record a much more elaborate statement, once again he was left stunned when his statements were published by an English newspaper.

"How can the game's governing body expect players to co-operate with it when it is then responsible for leaking confidential statements to the media?" McCullum had said during his speech.

Stating it was committed to "gain and retain the complete trust" of players, Irish said, "The best results will always be achieved when players are part of and buy into regulations, rules and protocols that affect them.

"Everyone needs to be in this fight together. We have been pushing to formalise the relationship with the ACU for some time, and we will continue to do so, as we think that this is vital to achieving good outcomes globally.

"By ensuring that player representatives are able to have input into operating procedures (including those related to how player evidence and statements are dealt with), protocols and regulations, it will help to build and develop trust and confidence," he added.