France striker Olivier Giroud says criticism has always motivated him to do better and the 31-year-old is pleased to silence his detractors with his stellar work rate in his team’s World Cup triumph in Russia. 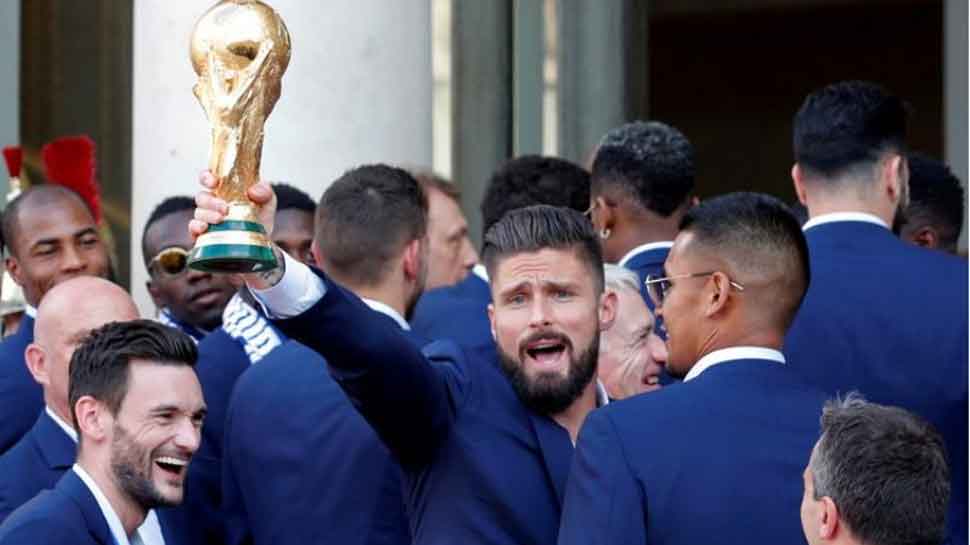 France striker Olivier Giroud says criticism has always motivated him to do better and the 31-year-old is pleased to silence his detractors with his stellar work rate in his team’s World Cup triumph in Russia.

The striker drew flak from fans for not scoring a single goal during France’s successful World Cup campaign but manager Didier Deschamps had previously defended him by highlighting his tremendous off-the-ball work rate and clever support play.

Despite the goal drought, Deschamps stuck with the Chelsea striker, who featured in all of France’s seven matches at the World Cup, and Giroud is happy to have played his role.

“All of my career I have been, how can I say... I have been through certain difficulties and I have always tried to make it,” Giroud told reporters as France were greeted by thousands of supporters on their return home on Monday.

“It motivates me to get better and better and go through these difficulties and it is what happens in life when you are really motivated, determined, committed, it is never easy.

“Football is very hard and people see only the nice part of the job. But we work very hard for this achievement and I am very proud to say I am a World Cup champion.”

Giroud has also been criticized by pundits and supporters in the Premier League after scoring five goals and providing three assists in 18 appearances for Chelsea since joining the club in January.

“No, no, no because I have been criticized a little but in France as well,” he said when asked if he feels more respected in France.

“For example, I didn’t score in the World Cup. I receive a lot of messages from people who know football well, lots of French supporters. They see the work I do for the team... “

Giroud could return to action for Chelsea in their season-opening Community Shield match against Manchester City on Aug. 5.