Moyes lasted just 10 months as United manager after succeeding his Scottish compatriot Alex Ferguson at the helm in May 2013. 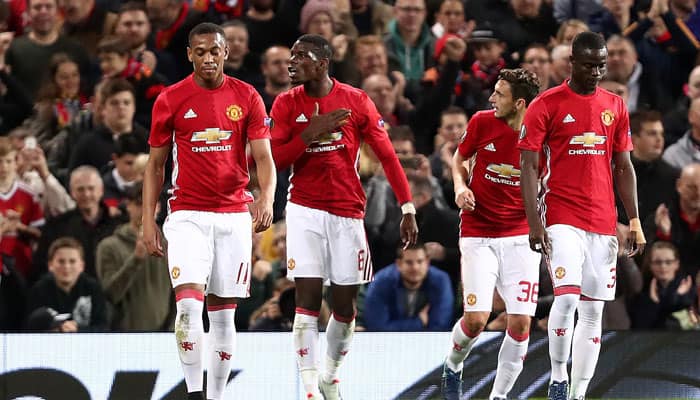 London: Former Manchester United manager David Moyes says the club have abandoned their traditions ahead of his return to Old Trafford with Sunderland on Boxing Day.

Moyes, 53, lasted just 10 months as United manager after succeeding his Scottish compatriot Alex Ferguson at the helm in May 2013.

His two successors, Louis van Gaal and current manager Jose Mourinho, have invested heavily on new players and Moyes believes the present-day United are a different club to the one he joined.

"Manchester United was a club with great traditions that they tended to pick British managers. That tradition has now gone," Moyes said, in comments published by British media on Saturday.

"They are a football club who had traditions with the way they spent. They didn`t try to compete with all the others clubs.

"They tried to do what they thought was the right thing to do and spend in the right way.

"I could say that`s gone, so I think there have been a few changes at United, but that`s the way they have chosen to go."

Moyes repeated a claim that he was "definitely unfairly treated" by United and revealed he had missed out on a string of high-profile transfer targets.

"When I first went in my real target was Gareth Bale," said Moyes. "I felt all along that Gareth Bale was a Manchester United player.

"I fought right until the last minute. We actually offered a bigger deal than Real Madrid.

"But Gareth had his mind made up on going to Real Madrid. That was, in my mind, the player I really wanted to bring to Manchester United.

"The other one was Cesc Fabregas, who we thought we would get right up until the last minute.

"I remember when I first met Sir Alex and he always said there was a chance (Cristiano) Ronaldo might come back.

"So that was the level we were targeting. I was not going out to bring in seven, eight players, because we had a squad which had just won the league.

"Toni Kroos was agreed to come in the summer. I had agreed it with Toni himself and his agent. Sometimes you don`t get deals done.

"A lot of players come into Manchester United and have not necessarily made the difference.

"But I think that, given time and having got to this period, I would have hoped I would be working with a successful team now."

United are sixth in the Premier League table ahead of Sunday`s game and chasing a fourth successive league win, with Sunderland in the relegation zone.