On the proposed I-League-ISL merger, AIFF will seek opinion from all the clubs as to how one can reach a consensus viewpoint. 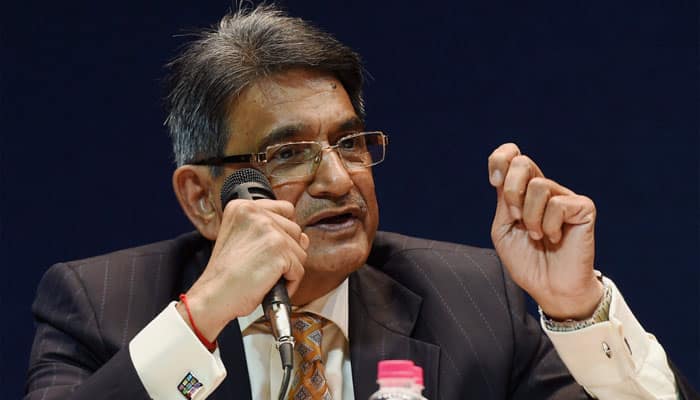 New Delhi: The landmark effect of the Lodha Committee reforms for BCCI has also touched chord with other sporting bodies as the All India Football Federation (AIFF) has also decided to make institutional bodies like Railways and Services associate members with no voting rights.

At its executive committee meeting on Thursday, some landmark decisions were taken including a proposed PSU League (Public Sector Unit) including all major office teams which find it difficult to play in I-League due to stringent licensing criteria.

He also informed that AIFF is planning to have a new PSU League which will also have teams like ONGC and Air India who now are no longer a part of the I-league which has to be run on professional basis as per AFC guidelines.

"The PSU leagues will help all the office teams to participate and that can also generate employment for the footballers."

Just like Lodha Committee has recommended an Apex Council where an international player should be a part, the same is going to happen in AIFF's all-powerful executive committee.

"The AIFF Executive Committee will have a former international player with minimum 25 India caps," the source said.

Women's football, which has remained perennially ignored, will be revamped as the football's parent body will now have new vice-president.

"Just like FIFA's new secretary general Fatma Samoura of Senegal, the AIFF will also have a new woman Vice-President, which will help in promoting women's football all the more better," he added.

On the proposed I-League-ISL merger, AIFF will seek opinion from all the clubs as to how one can reach a consensus viewpoint.

The Committee also ratified the proposal of providing a

time span of one year to 2nd division Clubs to complete their I-League Club licensing criteria instead of the prevailing three-month span.

In addition, Women Players playing in the proposed Women's League will have to pay a CRS fee of Rs. 1000 while all other Women Players need to play an amount of Rs. 100.

The AIFF regulations on working with the intermediaries were approved by the Committee.

Meanwhile, the Committee congratulated the Indian National Team for an authoritative display against Laos in the play-offs for the 2019 UAE Asian Cup Qualifiers where India won 7-1 on aggregate.

Javier Ceppi also briefed the Committee about the organistion of the FIFA U-17 World Cup India 2017.

The proposed new logo of the AIFF was presented to the Committee and approved. The launch date of the logo will be decided soon by the President.