He won two medals -- gold and silver -- for India at the 1st Commonwealth Shooting Championship in New Delhi in 1995. 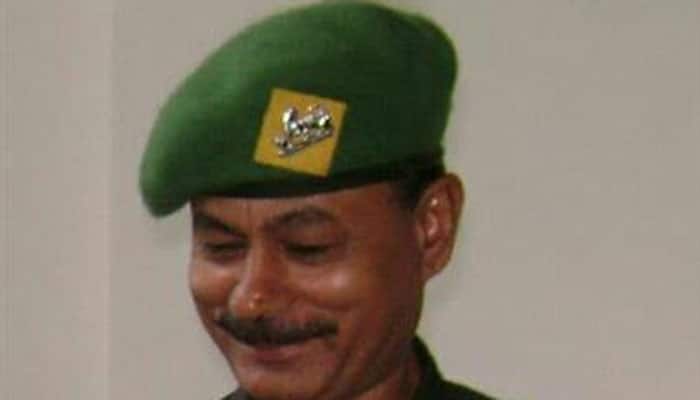 New Delhi: Former India rifle shooter Subedar-major (Retd.) Fateh Singh on Saturday was martyred while fighting terrorist in Pathankot. He was one of the soldiers killed in the ghastly terror attack.

He won two medals -- gold and silver -- for India at the 1st Commonwealth Shooting Championship in New Delhi in 1995.

The National Rifle Association of India (NRAI) today condoled the death of 51-year-old brave soldier, who was once a bright star in Indian shooting arena.

"Subedar Fateh Singh sacrificed his life while fighting for his motherland at Air Base Pathankot today during an attack of militants. Subedar Fateh Singh was a legendary Big Bore shooter. He won Gold and a Silver medal during 1st Commonwealth Shooting Championship held at New Delhi in 1995," the release read.

Singh retired as a Subedar-major (hon) captain from Dogra regiment in 2009. He then joined the Defence Security Corps (DSC) as Subedar and was initially posted at Army War College, Mhow. He was posted in Pathankot about two years back.

In the statement, NRAI president Raninder Singh said:"The country has lost its beloved son and a sharp shooter. May Almighty grant peace to the Great Soldier.

"The Shooting fraternity pray for the departed soul and hope the Almighty give strength to the family of this great soldier to bear with their irreparable loss."

At least four terrorists, suspected to be from Pakistan, were killed in a gunfight that lasted nearly 15 hours. They breached a high-security security perimeter and entered the frontline IAF base near Pathankot town in northern Punjab early on Saturday to carry out a Fidayeen attack