The hospital had alleged that the Jayalalithaa death probe panel is going beyond its brief. 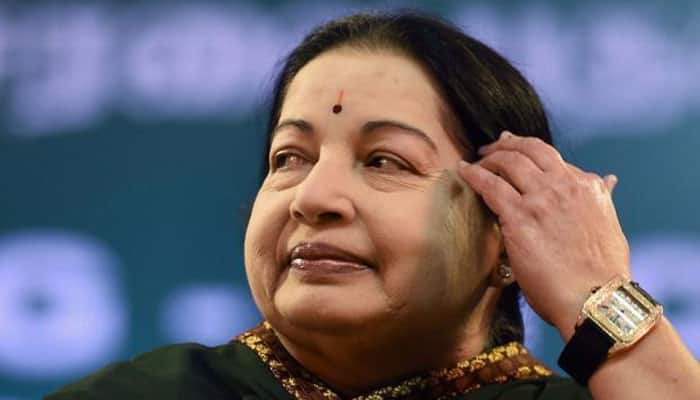 CHENNAI: The Madras High Court on Monday rejected a plea filed by the Apollo Hospitals Enterprises Ltd which sought an interim stay on the proceedings of the single-member Justice A Arumughaswamy Commission of Inquiry, which is probing the death of former Tamil Nadu Chief Minister J Jayalalithaa.

According to news agency ANI, the Madras High Court rejected the petition filed by Apollo hospital seeking a stay on the Arumughaswamy Commission's proceedings until a medical board is formed.

The high court also posted the matter for hearing on February 15.

Former Tamil Nadu CM Jayalalithaa death probe: Madras High Court rejects the petition of Apollo hospital seeking stay on the Arumughaswamy Commission proceedings until a medical board is formed. Next date of hearing is February 15.

In its petition, the hospital had alleged that the Jayalalithaa death probe panel is going beyond its brief.

The hospital urged the Madras High Court to restrain the Justice A Arumugaswamy Commission from probing into the adequacy or correctness of the treatment given to late Tamil Nadu chief minister while she was admitted to its Chennai hospital.

Jayalalithaa was in Apollo Hospitals here for 75 days in 2016 before she died there due to cardiac arrest on December 5, 2016.

The Apollo Group has also filed a petition in the high court to appoint an independent medical board if the Commission's terms of reference also cover an inquiry into the treatment given to Jayalalithaa.

The Apollo Hospitals had filed the petition on Tuesday and the matter is coming up for hearing on February 11.

The Commission had earlier turned down the request of Apollo to set up a medical board.

In an order issued detailing the terms of reference of the inquiry commission, the Tamil Nadu government had said it would "inquire into the circumstances and situation leading to the hospitalisation" of Jayalalithaa on September 22, 2016, and "subsequent treatment provided till her unfortunate demise" on December 5 that year.

Ever since Jayalalithaa died, the former AIDMK leader's death is mired in a controversy with allegations of foul play flying thick.