Signal app sees surge in new users, here's why this app is better than WhatsApp

More and more WhatsApp users are migrating to other apps like Signal, here's all you need to know about this app. 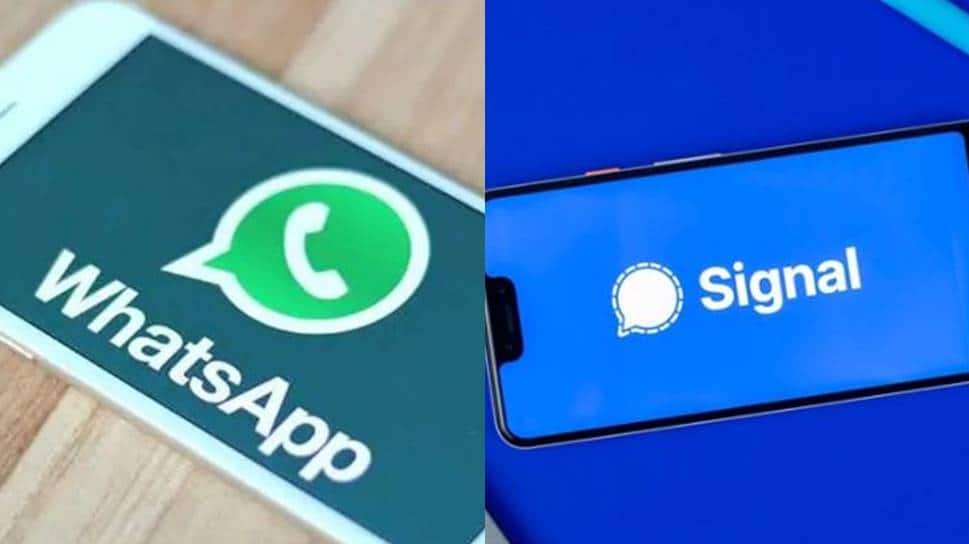 New Delhi: Since WhatsApp issued new policy to users to either give their consent to sharing data with Facebook or lose their accounts after February 8, unsurprisingly users are leaving WhatsApp and migrating to other apps like Signal and Telegram.

While the popularity of the Signal app shot up further after the recently crowned 'wealthiest man on the planet' Elon Musk endorsed the app.

More than 100,000 users installed Signal across the app stores of Apple and Google in the last two days, while Telegram picked up nearly 2.2 million downloads, according to data analytics firm Sensor Tower, as per a report by Reuters.

* The messaging app Signal is touted to be the world's most secure app and there is no fear of user data being shared.

* Signal App does not ask for users' personal data like WhatsApp is resorting to do in the name of privacy.

* It also does not send unsecured backups of users to the cloud and it keeps the encrypted database secure in your phone.

* The Signal App has a 'Data Linked to You' feature which means no one can take the screenshot of that chat messages.

* Another popular feature of the Signal App is that your old messages automatically disappears.

The Signal app has been developed by a non-profit company, the Signal Foundation and Signal Messenger LLC. It is a messaging app and works on iPhone, iPad, Android, Windows, Mac and Linux.

The app was created by Moxie Marlinspike, American cryptographer who is also the current CEO of Signal Messenger.

Incidentally, the Signal Foundation was created by WhatsApp co-founder Brian Acton and Marlinspike. Acton left WhatsApp back in 2017 and invested around $50 million to help with funding Signal.

Recently, Whatsapp asked its users to either accept the changes in its Terms of Service and privacy policy by February 8 or their accounts will be deleted. It has been as part of an upcoming global roll-out for over 2 billion users.

Facebook CEO Mark Zuckerberg had said in October that the company is looking to merge Messenger, Instagram and WhatsApp so that they can start to function a little bit more like one connected interoperable system.

It is apparent that the key changes in WhatsApp will allow it to collect and process users' information as part of a larger unification drive between the family of apps.

PUBG Update: Indian ministry for first time clears the air on 'illegal' access, has this to say