The UNESCO on Saturday declared Ahmedabad as the world heritage city. It is the first city in India to get the tag. 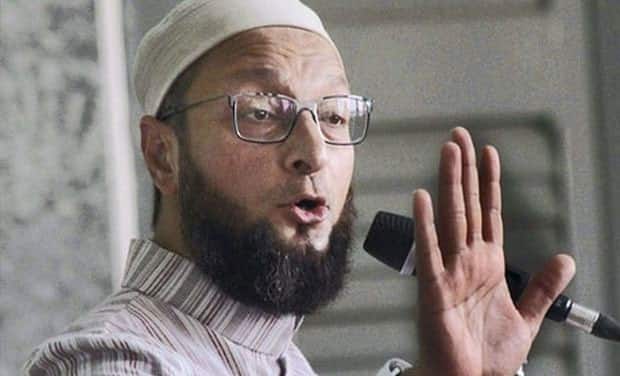 Hyderabad: AIMIM chief Asaduddin Owaisi on Monday pitched for making efforts to secure the 'heritage city' tag for Hyderabad, on the lines of Ahmedabad in Gujarat.

Owaisi's call received support from the BJP and the ruling TRS in Telangana.

Union minister Bandaru Dattatreya of BJP and Telangana Minister for IT, Municipal Administration and Urban Development K T Rama Rao assured to take up the matter with the Central government.

The UNESCO on Saturday declared Ahmedabad as the world heritage city. It is the first city in India to get the tag.

Owaisi raised the issue of making Hyderabad a heritage city during the inauguration of Deccan Park here, in the presence of K T Rama Rao and Dattatreya.

To this, Rama Rao in a tweet said, "Absolutely agree. We shall strive for it."

Earlier addressing a gathering at the inauguration of the Deccan Park, the minister said, "Hyderabad is most eligible to get this tag. If any city can stake claim in this regard, Hyderabad is on the top of that list," he said.

"It is a lengthy procedure and the state government has to make a recommendation to the Centre, which has to approve this proposal and send the same to UNESCO, which in turn will come to the city for inspection," Rama Rao said.

"All out efforts will be made to ensure that the heritage city tag is accorded to Hyderabad," he said.

Dattatreya, who represents the Secunderabad Lok Sabha seat, said, "As a Union minister, I will definitely make efforts in this regard."

The Central government is allocating Rs 500 crore to Telangana for developing the state's tourism sector, he said.

The decision to declare 600-year-old Ahmedabad as the heritage city was recently taken at the UNESCO's World Heritage Committee Meeting at Krakow in Poland.

It has now joined the ranks of Paris, Vienna, Cairo, Brussels, Rome and Edinburgh and put India on the world heritage city map.

Meanwhile, according to the Greater Hyderabad Municipal Corporation authorities, the Deccan Park in Hyderabad has been developed in an area of 20 acres.

The beautification work of the park, which is spread across 31 acres abutting the seven tombs, began in 2002.

The Quli Qutb Shah Urban Development Authority (QQSUDA) acquired the land in 1982, as per the state government orders.

The Deccan Park was developed on 20 acres by 2006, replete with a number of recreational facilities, including boating and train ride, the civic officials said.

However, the park could not be opened due to court cases which were cleared in 2011.

Later, its opening again got delayed due to demands for renaming the park, they said.