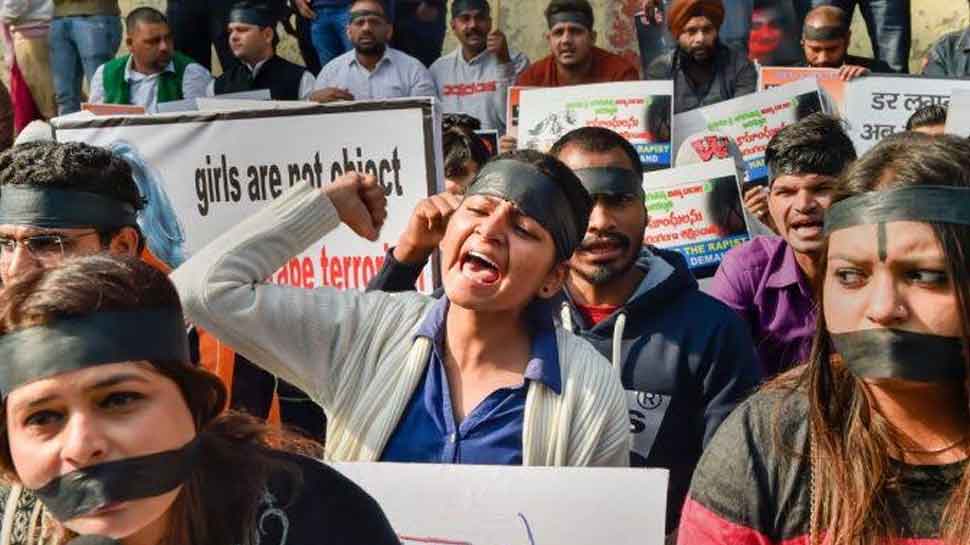 HYDERABAD: In a major development, all the four accused in the recent gangrape and murder of a government veterinarian in Hyderabad were killed in a police encounter at Shadnagar in the wee hours of Friday. According to reports, the four accused -  Mohammad Areef, Jollu Shiva, Jollu Naveen and Chintakunta Chennakeshavulu - had been taken to the spot for recreation of the crime scene when they tried to escape. When the police asked them to surrender, they started pelting stones, forcing the policemen to open fire in self-defence during which they were killed.

While some hailed the Telangana Police for the encounter, some others asked if heinous incidents of rapes will stop now.

BSP chief Mayawati was the first among the political leaders to express her views on the Telangana encounter case. ''Crimes against women are on the rise in Uttar Pradesh, but the state government is sleeping. Police here and also in Delhi should take inspiration from Hyderabad Police, but unfortunately here criminals are treated as state guests, there is jungle raj in UP right now, '' she said.

Senior BJP leader Uma Bharti hailed the Telangana Police after personnel of the force killed the four accused in Telangana rape-murder case in an encounter. "This is the biggest incident in the 19th year of this century that will guarantee women`s safety," Uma Bharti tweeted in Hindi. She said that all the police officers and policemen who executed this encounter deserve greetings.

Ace shuttler Saina Nehwal lauded the Hyderabad Police for killing all four accused in the rape and murder of a veterinarian in Telangana."Great work #hyderabadpolice ..we salute u," Nehwal tweeted.

Shuttler Jwala Gutta raised a question that whether this action will stop people from committing such a heinous crime."Will this stop the future rapists?? And an important question: will every rapist be treated the same way...irrespective of their social standing," Jwala tweeted.

Samajwadi Party MP Jaya Bachchan, who had earlier advocated public lynching of rapists, commenting on the Telangana Police encounter in which the four accused in the rape and murder of a woman veterinarian in Hyderabad were killed, said in Hindi, "der aaye durust aaye (better late than never)".

Talking to reporters, Delhi CM Arvind Kejriwal said, ''it is a matter of worry how people have lost faith in the criminal justice system.''

BJP MP Maneka Gandhi, on her part, said, ''You can;t take law into your hands. There is a law to deal with such crimes.''

The Hyderabad gangrape and murder case had triggered a nationwide protest and renewed demands for capital punishment for the accused in such heinous crimes. The 26-year-old veterinary doctor was smothered, gang-raped and then burnt by four men and her charred body was found the next day on November 28 under a culvert on the Hyderabad-Bengaluru national highway.

Against the backdrop of the gruesome incident, the Telangana government said cases of crimes against women and missing women should be registered immediately by police on receipt of a complaint by following the 'Zero FIR' system.

Last week, three cops were suspended over alleged negligence in filing the FIR in connection with the rape and murder of the veterinarian.