Aditya Narayan sorry for his 'Alibaug comment' on Indian Idol 12, MNS warns of 'stopping the show' 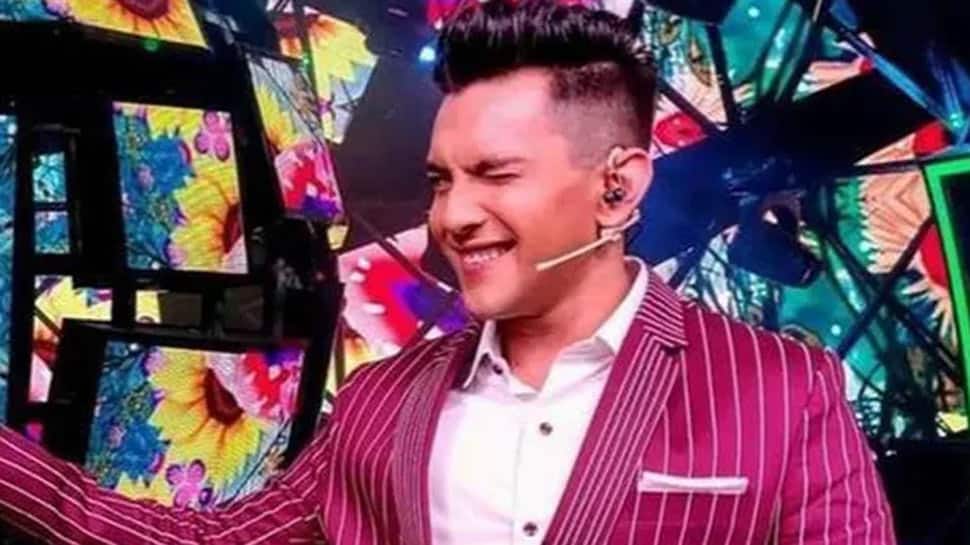 New Delhi: The singing reality show Indian Idol 12 has been in the news for all wrong reasons of late. After the Kishore Kumar special episode got trolled online, now the host Aditya Narayan issued an apology for his 'Alibaug comment' made on the show.

Aditya Narayan took to his Instagram story and wrote: “With a humble heart and folded hands I want to apologise to the people of Alibaug and everyone who has been hurt by my sentence on a recent episode of Indian Idol that I’m currently hosting. The intention was never to hurt anyone. I have immense love and respect for Alibaug. My own sentiments are connected with the place, it’s people and this soil.” 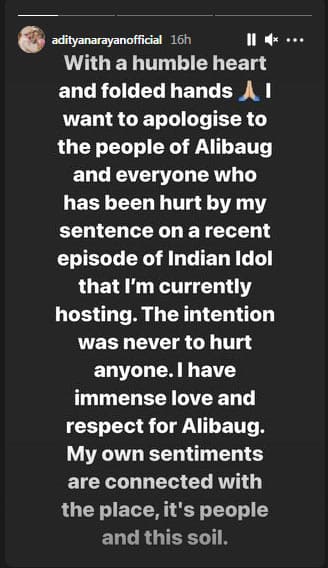 This apology comes after Maharashtra Navnirman Sena (MNS) chief Ameya Khopkar in a Facebook live session, accused the makers of hurting the sentiments of Alibaug residents.

He said in Marathi, "A Hindi channel has a singing reality show, I am not going to name it, but Aditya Narayan hosts the show, where he has made a derogatory comment about our Maharashtra’s Alibaug. I have not seen the show, but I got complaints from many people from Maharashtra. People on these Hindi channels so easily say, ‘Hum Kya Alibaug se aaye hai kya?’, and I think they are not aware of the rich cultural heritage that comes from Alibaug. If we, people of Alibaug, get upset, they don’t know what we can do, we won’t let the show take place. With this comment they have insulted us."

For the unversed, in one of the latest episodes, Aditya Narayan can be seen asking a contestant, if he thinks they have come from Alibaug. Khopkar further said in his FB live session, “I have informed Sony channel, the makers of the show and Aditya’s father, legendary singer Udit Narayan about this matter and have demanded an apology on behalf of the people of Alibaug.”

Earlier, Ameya Khopkar had accused singer Jaan Kumar Sanu of hurting the sentiments of Marathi people on Bigg Boss 14 and demanded his apology.

Karishma Tanna opens up on unfair treatment to TV stars, says 'we work for longer hours than film actors'