The comic duo are known to get into hilarious situations from which they manage to extricate themselves only through luck. 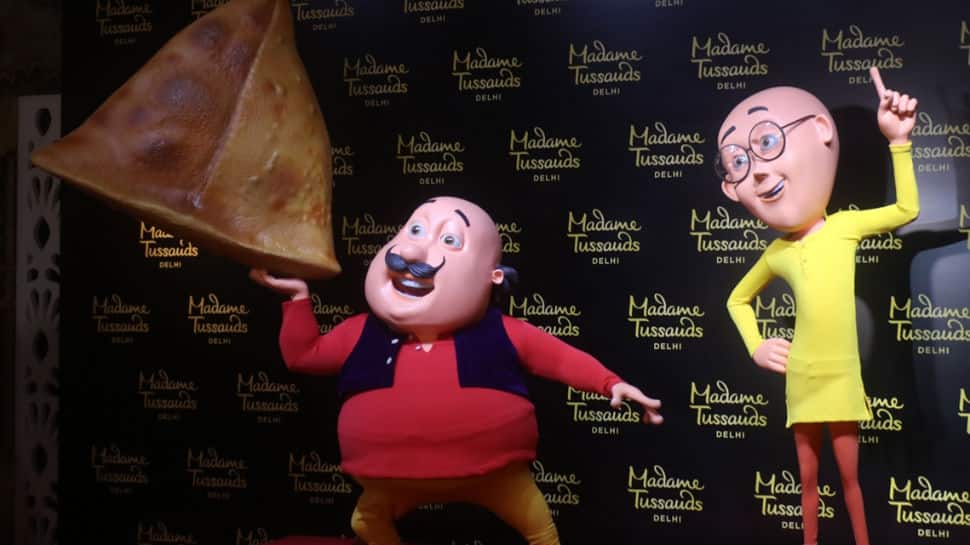 New Delhi: Motu, with his favorite snack samosa, and Patlu, with his quintessential know-it-all expression, have found themselves a special corner at the Madame Tussauds here.

The popular cartoon characters are latest in the long list of celebrities from sports, entertainment and other iconic personalities already present at the Regal Building.

The event also marked the launch of the new Motu Patlu comic book for children.

"Our endeavour has always been to give a complete and memorable experience to all our visitors. Motu Patlu are the most loved cartoon characters in India at the moment. Their presence at Madame Tussauds along with the other celebrity figures will further enrich the experience of visiting families to the attraction," Anshul Jain, Director, Merlin Entertainments India, said.

According to Jain, it took more than twenty artists and a period of five months to complete the project.

Initially featured in print in Lotpot magazine, the characters went on to be telecast on Nickelodeon (India) network from 2012 onwards.

The comic duo are known to get into hilarious situations from which they manage to extricate themselves only through luck.

According to the creators of the show, 'Motu Patlu' combines entertainment and education and is designed for viewers of all ages.

"The show captures a right flavour of comedy and innocence, instilling ideas of right and wrong in kids in a subtle manner," Niraj Vikram, screen writer, said.

P K Bajaj, founder and editor of Lotpot Group, also said it was a great moment to be recognised in an internationally acclaimed attraction.

"We are elated and look forward to kids' reaction while meeting their favourite stars," Bajaj said.

Madame Tussauds Delhi might come up with more cartoon characters in future in order to cater to the interests of viewers, especially the younger, said Jain.