In tonight’s episode, Sammy and Srishti go home and bring a thaali of flowers for the wedding. 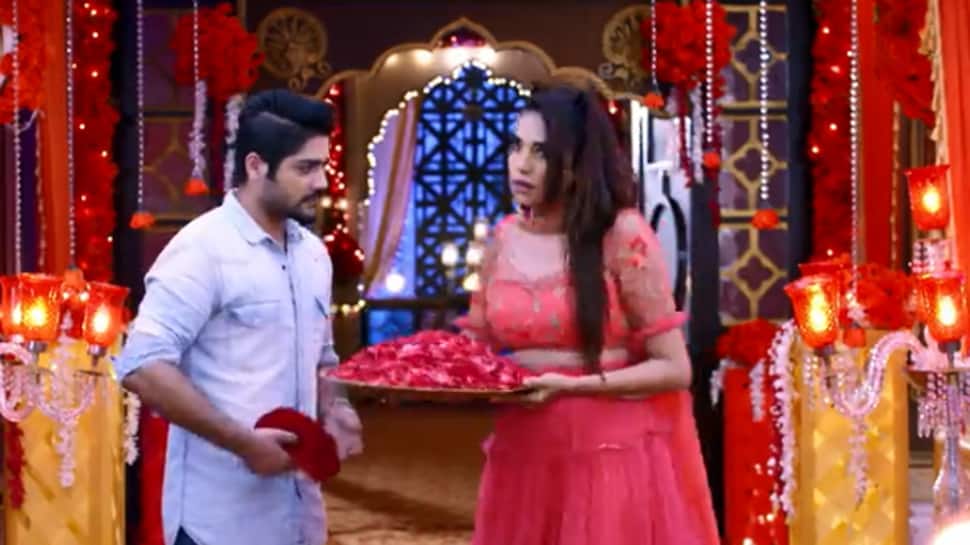 New Delhi: In the episode, Prithvi calls one of his aides to help him stop Karan's wedding with Preeta. When Rishabh talks about Prithvi and Preeta's marriage, Mahesh suddenly reacts and reveals that Prithvi is behind his accident. On hearing this, Rishabh heads out to stop Prithvi from marrying Preeta. When Biji gets to know about Prithvi's plans, she tries to hit him with an iron rod but is unable to do so.

In tonight’s episode, Sammy and Srishti go home and bring a thaali of flowers for the wedding. They meet Daadi there who thanks Sammy for dealing with Sherlyn. She says she wanted Preeta to marry Rishabh and she is not happy with Prithvi. Rishabh is driving towards Preeta’s house.

Rishabh’s car is stopped by Prithvi’s goon who has parked his car in the middle of the road. Rishabh gets angry seeing him take a selfie. Rishabh slaps the goon and makes him move the car. The goon takes out a knife to attack Rishabh but runs away when he hears police sirens nearby.

Sammy notices that he got a call from Kritika. When he calls her back Kritika informs him that Mahesh is coming out of a coma. She also tells him that Rishabh left the house in anger saying he will stop Preeta’s wedding. Sammy thinks Rishabh knows that Karan is trying to marry Preeta.

Biji notices that Prithvi is sitting with a box. She decides to steal the box when he leaves the room. Prithvi doesn’t leave but instead, he is joined by the men he has hired and all of them are dressed as waiters. Biji waits and when she doesn’t hear anyone she crawls out of the cabinet to steal the box.

She is shocked to find Prithvi and his men all standing there. He pretends to be the waiter but when Biji tries to leave he stops her. He says he won’t let her ruin his plan. Meanwhile, the pandit asks Preeta and Prithvi to get up for the saat phere. Will it be too late for Prithvi to stop the wedding? Stay tuned to find out.