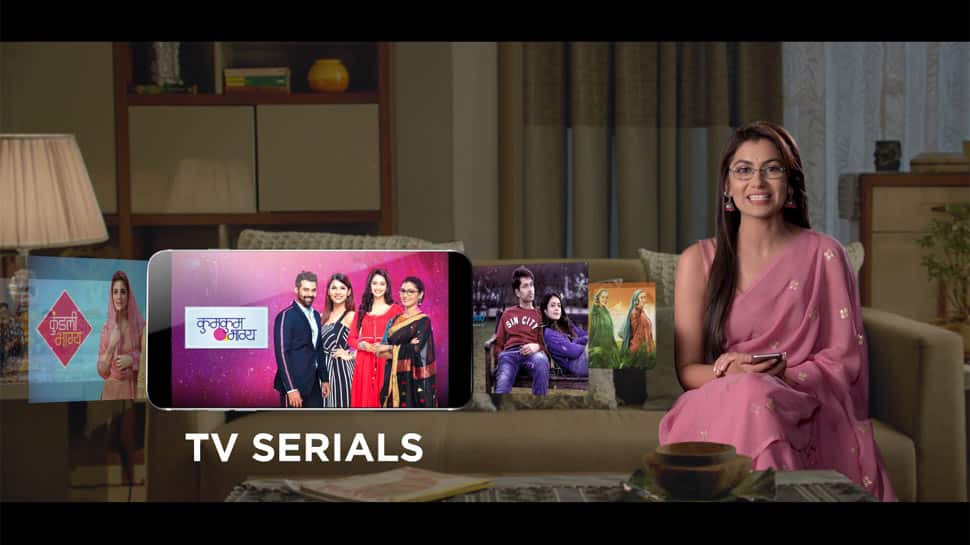 As ZEE5 enters its 3rd year of entertaining audiences across India, the country's largest ConTech OTT platform, promises to further democratise content viewing via its new campaign “Main Mera Dekh Lungi”. The latest television campaign for its 'Advertising Video On Demand' (AVOD) revolves around championing the cause of 'Choice fueled by Convenience' by providing access to the library of content across all it's 12 languages. The new TVC focuses on promoting convenient viewing.

The woman who essays the role of the Indian wife or for that matter the daughter-in-Law in the TVC echoes the voices of women across India who rightfully have the choice of entertainment for themselves and most importantly at their convenience.

ZEE5, a part of ZEEL and being India's largest ConTech OTT platform, promises to further democratise content viewing via this new campaign Main Mera Dekh Lungi. The creative route of the campaign showcases how a modern progressive woman who knows her entertainment choices and how can she get it.

A ZEE5 India spokesperson said, “Our aim with this new campaign was to showcase that today, the Indian women has the right to elect her favourite entertainment TV show (Choice) and ease of viewing (Convenience). The name "Main mera dekh lungi" for the campaign was creatively coined from the widely-used term across households, which magically works as a word play for our category. Referring to 'dekhna', which relates to the fact that 'viewing is made personal by ZEE5'. The TVC showcases how the app gives the woman, who is evolved and knows what content she wishes to watch, the freedom to watch her favourite shows, movies, etc, anytime, anywhere on ZEE5.”

With this campaign ZEE5 looks to reduce the fight for the remote in single TV households. Additionally, how the Indian women sacrifices everything including her entertainment for the family, would not have to compromise it going further.

At ZEE5 we believe that we are here entertain all equally by giving freedom to our viewers to watch content at their convenience. This is the true essence of wholesome entertainment with no bias towards time, any particular language or genre. With 125,000 hours of content/entertainment across 12 languages, 800+ Top-rated TV Shows, 4100+ Movies, 90+ Path-breaking Originals, Super-hit Music videos, 100+ LIVE channels, 30+ News channels, 3000+ hours of Kids content, Lip-smacking Food videos, and more, ZEE5's depth of offerings across content types, genres and languages is hard to beat and appeals to the viewer looking for a complete entertainment package destination.

This campaign will primarily be driven through television. However, other mediums of promotions will also be a part of the overall integrated approach. Since a lot of entertainment gets consumed when people are traveling and it's about utilising that time to watch your shows when you are free, again showcasing convenience, we want to use transit mediums. So use the following static branding and audio announcements in Mumbai and Delhi Metro and local trains by using contextual imagery and headlines. Radio, In Mall branding in Tier-II towns, Social Media and Digital – branding and content marketing on sites will also be a part of this campaign.

Thank you my friend: Rajinikanth to Bear Grylls