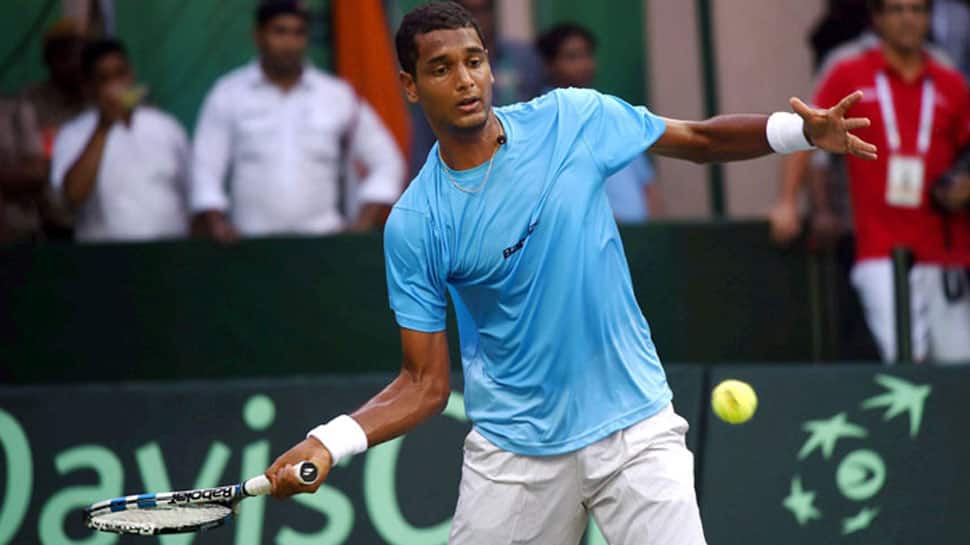 Andreas Seppi, who will be leading the Italian challenge in their Davis Cup qualifier against India, wants to keep his guard up against Ramkumar Ramanathan, who has the ability to pose probing questions on the South Club grass court.

"Ram has played a few times on grass and he can be very good on this surface. He played the final in Newport and also some other good tournaments on grass," Seppi told reporters on the sidelines of the official draw ceremony.

"So of course he (Ramkumar) is dangerous. He does play the serve and volley game, so it's not going to be easy. But (then) every match is difficult and I am looking forward to the tie," he said.

Win is the only thing on Seppi's mind and he is focussed on giving his country the lead on Friday.

"We need to win three points so it doesn't matter who is bringing it. My match is the first one so it would be good to bring the lead for Italy. I will try my best and hopefully I can get the first point.

"We just had couple of days of practice. The courts are not like Wimbledon, it's different grass for sure and it's not so perfect. Anyway we have to play here and we will try our best," he said.

Italy also pulled a suprise when captain Corrado Barazzutti preferred the world number 53 Matteo Berrettini over their top-ranked Cecchinato as he faces left-handed Prajnesh Gunneswaran in the second rubber of the opening day.

The 22-year-old had played three tournaments on grass in 2018, including a second round exit at the coveted Wimbledon.

Firmly backing his side, non-playing captain Barazzutti also dismissed that India would have an advantage of the surface as the home team last played on grass in 2013-14.

"We both are in the same situation. India hasn't played on grass for more than five years I think. So there is no problem. We have players who can play well on grass. We don't complain and we are here to play," he concluded.