Pliskova will now meet Naomi Osaka for a place in the final, denying Williams the chance to avenge her controversial U.S. Open title match defeat to the Japanese fourth seed. 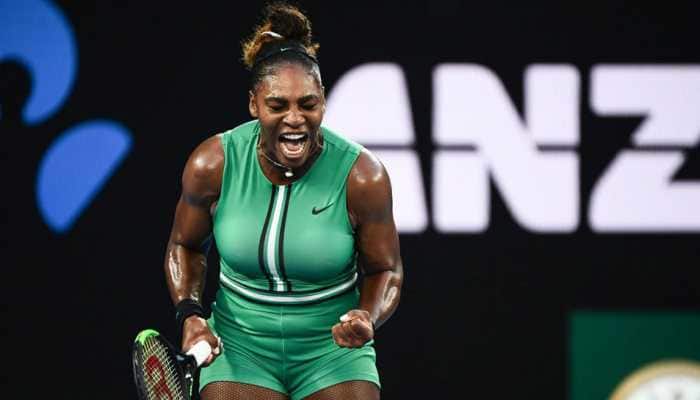 American tennis star Serena Williams squandered four match points and blew a 5-1 lead in the decider as seventh seed Karolina Pliskova produced a stunning fightback to claim a 6-4, 4-6, 7-5 quarter-final victory at the Australian Open on Wednesday.

Williams, chasing a milestone 24th Grand Slam triumph, also saved two match points in the last game but netted on the third as the big-serving Czech shocked a packed Rod Laver Arena with her remarkable rally from the brink of defeat.

Pliskova will now meet Naomi Osaka for a place in the final, denying Williams the chance to avenge her controversial U.S. Open title match defeat to the Japanese fourth seed.

"She improved her game in the second set. She was playing very well, went for her shots. I was a bit passive," an elated Pliskova said in a post-match interview.

"My mind wasn`t in the locker room, I was still here. I was a bit passive. But I said `let`s try this game`. I took my chances and I won.I am happy I get to play two days in a row. Osaka`s dangerous but I don`t think anyone is more dangerous than Serena. So I will enjoy this one," she added.

Former world number one Williams, seeded 16 as she continues her return to the circuit after giving birth in September 2017, had struggled early and needed to launch her own comeback from a break down in the second set to level the match.

She carried the momentum into the decider and roared to 5-1 lead as the tall Czech`s power game crumbled. However, the 37-year-old suffered an astonishing wobble with the finish line in sight, the American broken twice when serving for the match.

Pliskova held grimly on, saving one match point in the seventh game and three more at 5-4 down, before racing through the next three games to complete the stunning triumph.