Third seed Goffin, the 2017 Tokyo champion, has reached his seventh Tour-level quarter-final of the season and will meet South Korea’s Chung Hyeon. 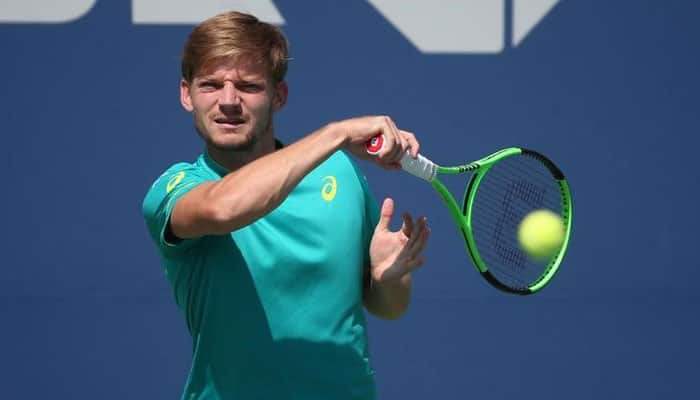 Belgium’s David Goffin edged past Denis Shapovalov 7-6(5), 7-6(2) to reach the quarter-finals of the Japan Open Tennis Championships in Tokyo on Thursday.

Both players failed to convert a break point, with Goffin withstanding 10 aces from his Canadian opponent in a tense encounter which lasted nearly two hours.

Third seed Goffin, the 2017 Tokyo champion, has reached his seventh Tour-level quarter-final of the season and will meet South Korea’s Chung Hyeon.

“He was serving really well and I knew it’d be long sets with some tiebreaks,” Goffin said.

“I tried to break him during the whole match... I didn’t, but I served really well. I’m really happy about my performance because it was a good fight.”