Jung, 29, has never been ranked in the top 100 and perhaps is best known for getting a lucky loser spot at Wimbledon last year for his first Grand Slam main draw appearance when Andy Murray pulled out injured. 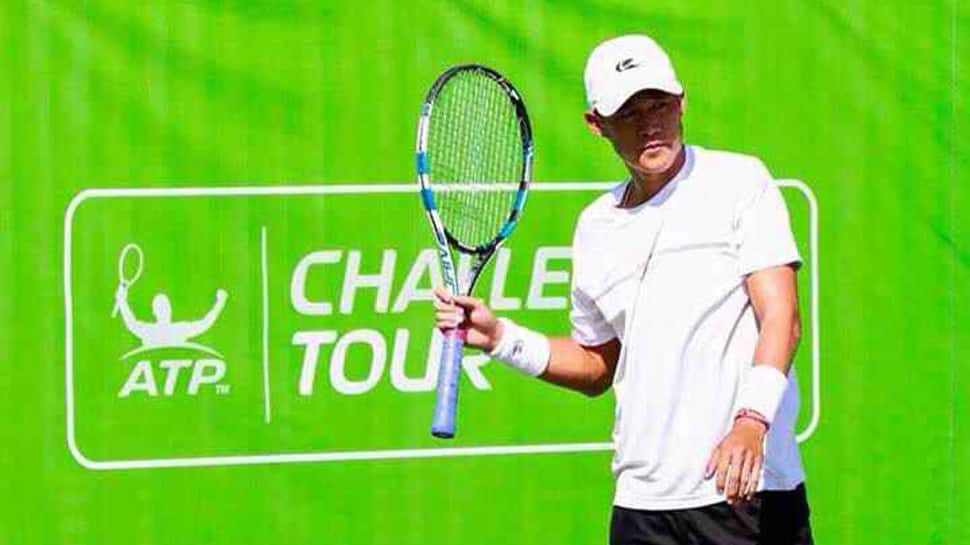 Seven months after his Grand Slam debut, journeyman Jason Jung recorded the biggest scalp of his career when he upset Frances Tiafoe 6-3, 7-5 in the second round at the New York Open on Friday.

After squandering a match point while receiving at 5-3, Jung was broken in the next game and the match seemed to be slipping from his grasp at the Nassau Coliseum on Long Island.

But American-born Jung, who plays for Taiwan, regrouped and broke back in the next game before serving out for the win, reacting in subdued fashion with nothing more than a little fist pump.

World number 143 Jung is ranked 114 spots below Tiafoe, but played well above his station against the American, who perhaps was a little underdone after not playing since his Australian Open quarter-final loss to Rafa Nadal three weeks ago.

Second seed Tiafoe was a late entry into the New York Open. His departure leaves only one of the top five seeds left in number one John Isner.

Jung, 29, has never been ranked in the top 100 and perhaps is best known for getting a lucky loser spot at Wimbledon last year for his first Grand Slam main draw appearance when Andy Murray pulled out injured.

Next up for Jung in quarter-final clash on Saturday is American sixth seed Sam Querrey, who earlier defeated Radu Albot of Moldova 6-3 6-4.