Nagal's win was the first for an Indian men's singles tennis player at the Olympics since Leander Paes' bronze medal-winning run at Atlanta 1996. 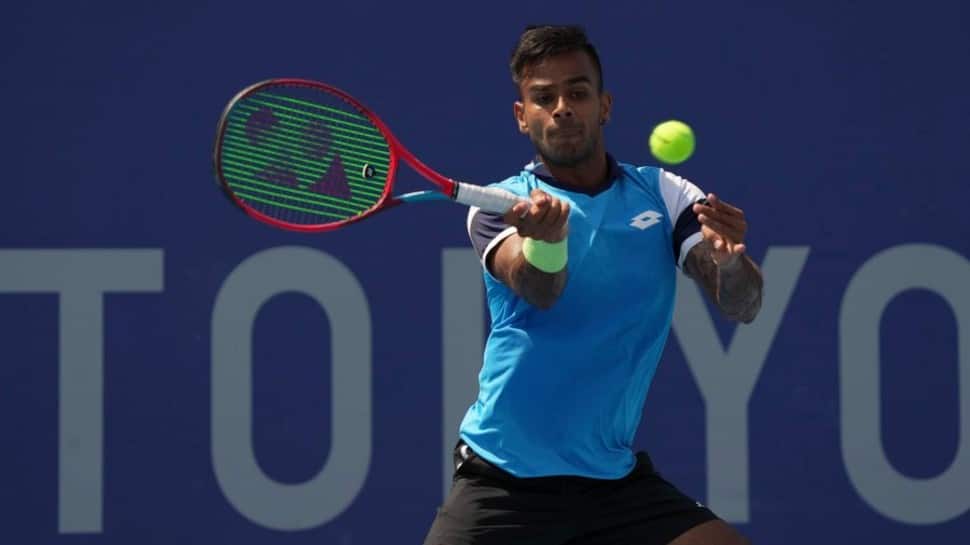 India's lone hope in men's tennis singles Sumit Nagal powered to a 6-4, 6-7(6), 6-4 win over Denis Istomin of Uzbekistan in the first round of the Tokyo Olympics at the Ariake Tennis Court on Saturday.

Nagal's win was the first for an Indian men's singles tennis player at the Olympics since Leander Paes' bronze medal-winning run at Atlanta 1996.

Congratulations to @nagalsumit! He becomes the first #IND male tennis player to qualify for the second round since 1996.

Nagal won the first set 6-4 in 42 minutes but lost the second set in tie-breaker in 71 minutes. He, however, came back to win the final set in 41 minutes with a 6-4 margin.

The 34-year-old Istomin, ranked 197th in the world was no match to his 23-year-old Indian opponent who is ranked 37 places above him.

Nagal was more agile and covered the court better.

However, it was in break-points and forced errors that Nagal was better than his Uzbek opponent.

Istomin committed 32 forced errors to Nagal's 17. The Indian also won 10 out of 10 net points while his opponent won just five out of nine.

Nagal managed to convert four out of the five break-points he got - 80% conversion -- while Istomin could convert only two out of the 14 he had got - 14% conversion.