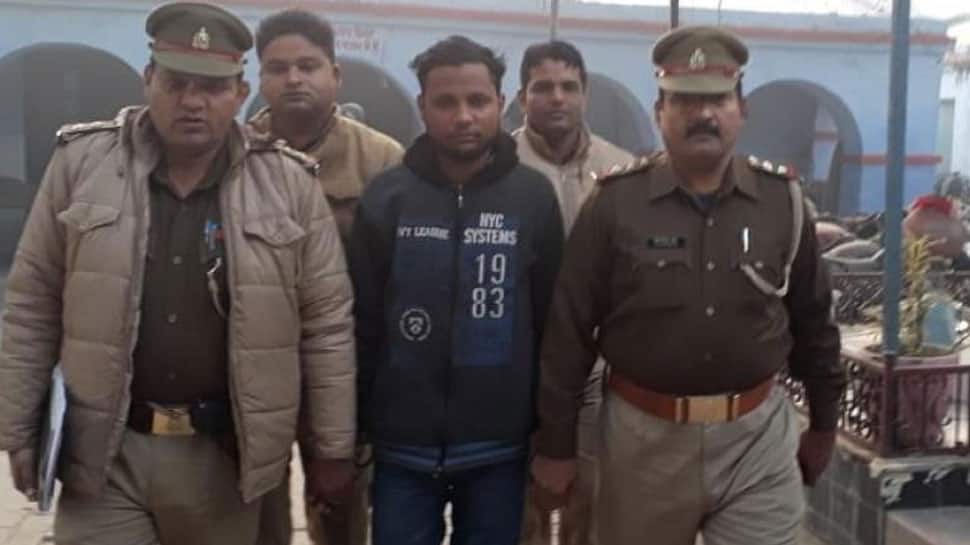 MEERUT: Hoardings featuring Bajrang Dal convenor Yogesh Raj - the main accused in the Bulandshahr mob violence case - have been put up across the district, extending greetings to people on 'Makar Sankranti' and Republic Day.

Raj, who is associated with the right-wing outfit, was apprehended on January 3 for his alleged role in the mob violence that killed a police officer and a local youth in Bulandshahr.

The hoardings carry a bigger picture of Raj and outfit's western UP region co-convenor Praveen Bhati, extending greetings to people on behalf of the Vishwa Hindu Parishad and the Bajrang Dal.

The pictures of the Bulandshahr violence case accused were first shared by a private TV news channel journalist on Twitter after which it became viral.

The Bajrang Dal, however, said that the hoardings were put up by local leaders "on their own".

"Also, they all are accused in the case, not guilty. It is for the court to decide. Putting pictures of organisation's office bearers on hoardings is not a crime," Bhati was quoted by PTI as saying.

Bhati also reiterated that his outfit firmly stands in support of its office-bearers accused in the case and is providing them with all legal aid.

Inspector Subodh Kumar Singh was killed in mob violence on January 3 that broke out in Siyana area after cattle carcasses were found strewn outside a village.

A local, Sumit Kumar of Chingrawathi village, was also killed in the violence.

Two cases were later lodged at the Siyana police station, one for violence, in which the police had turned complainant, and the other for alleged cow slaughter, on a complaint by Raj.

Twenty-seven people, including Raj, were named in the FIR, while 50 to 60 unidentified people were booked under charges of murder, attempt to murder and sedition, among others.

Raj was arrested on January 3 and was produced in a local court which had remanded him to 14-day custody.

So far, 36 people have been arrested in connection with the case.

Adityanath orders inspection of all Kumbh camps after fire scare