The suspended Principal of Baba Raghav Das Medical College in Gorakhpur has been arrested. 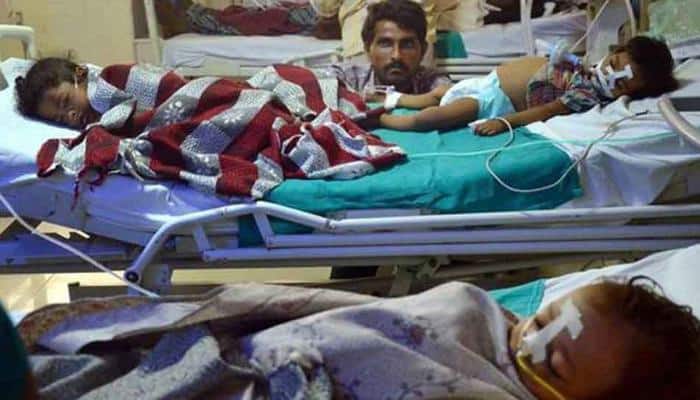 Meanwhile, the suspended principal of BRD Medical College Rajiv Mishra and his wife were today taken into custody by Uttar Pradesh's Special Task Force (STF) after more than 60 children, including infants, died in a span of six days in the hospital.

Earlier, an FIR was lodged against Misra, along with six other hospital personnel, and two officials of the oxygen-supplying agency Pushpa Sales Private Limited, Manish Bhandari and Uday Pratap Sharma under the charges of criminal negligence.

While the Uttar Pradesh government led by Yogi Adityanath has vehemently denied that lack of oxygen led to the deaths, a high-powered probe committee headed by Chief Secretary Rajeev Kumar indicted Mishra and others on laxity and other charges.

CM Adityanath had formed the committee on August 12, a day after the deaths of children were reported at the hospital.

According to SSP, Gorakhpur, Anirudh Sidhartha Pankaj, a police team Monday night also went to the home of Dr Kafeel Khan, the former nodal officer of 100-bed AES ward in the hospital who was removed after the child deaths, for questioning but he was not there.

Recommendations were made by the probe team to initiate criminal action against Dr Khan for allegedly concealing facts and filing false affidavit and working against the rules of the Indian Medical Council.

However, a group of doctors at AIIMS-Delhi had come out in his support, alleging that he was being made a scapegoat by the authorities.

The FIR stated that the government hospital had received a total fund of Rs 454 lakh for the financial year 2017-18, of which Rs 63.65 lakh was supposed to be given to Pushpa Sales in April.

Therefore, the BRD hospital personnel have been charged for "deliberately not submitting the payment despite repeated written request by the supplier to the principal" in want of bribe.