Chandauli Superintendent of Police Hemant Kutiyal said that traffic on the bridge has been restricted completely. 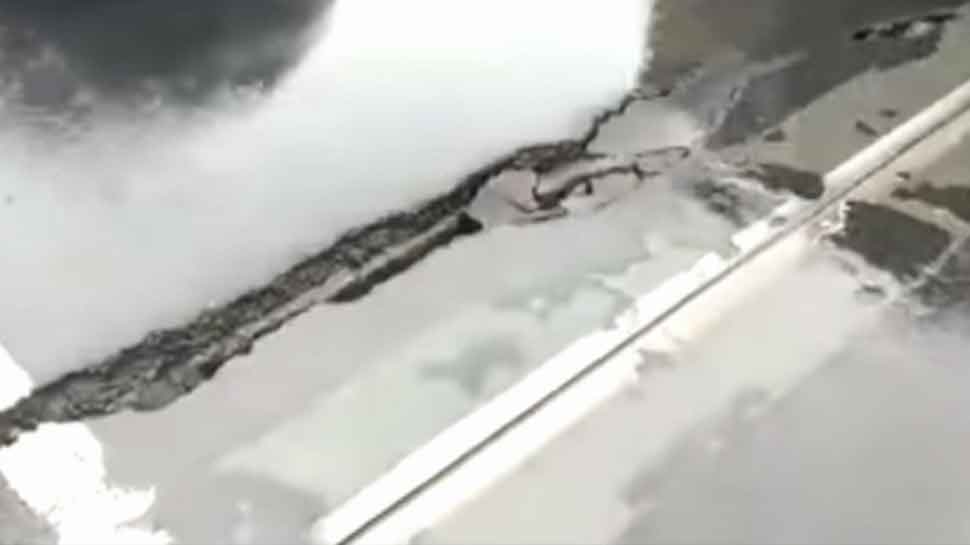 Chandauli: Cracks have developed on one of the pillars of a bridge over the Karmanasha river on National Highway 2 in Uttar Pradesh`s Chandauli district after which the traffic has been stopped.

The bridge, built in 2009 in Naubatpur in Chandauli, connects Uttar Pradesh and Bihar.

The cracks were seen by local residents on one of the pillars on Saturday and traffic movement on the bridge was immediately stopped after the local administration was informed of it.

Chandauli Superintendent of Police Hemant Kutiyal said that traffic on the bridge has been restricted completely.

"The officials of the National Highways Authority of India (NHAI) are arranging alternative routes for light vehicles. All heavy vehicles going to Bihar are being diverted to other routes through Sonebhadra and Bhadohi districts," he said.

The 180-mt-long Karmanasha river bridge was built under the Golden Quadrangle project in 2009.

UP government is afraid of Priyanka Gandhi: Adhir Ranjan Chowdhury