In the video, the woman can be seen holding the driver's collar and throwing punches and slaps at him. The incident took place on Kasturi Lal Anand Marg of West Patel Nagar. 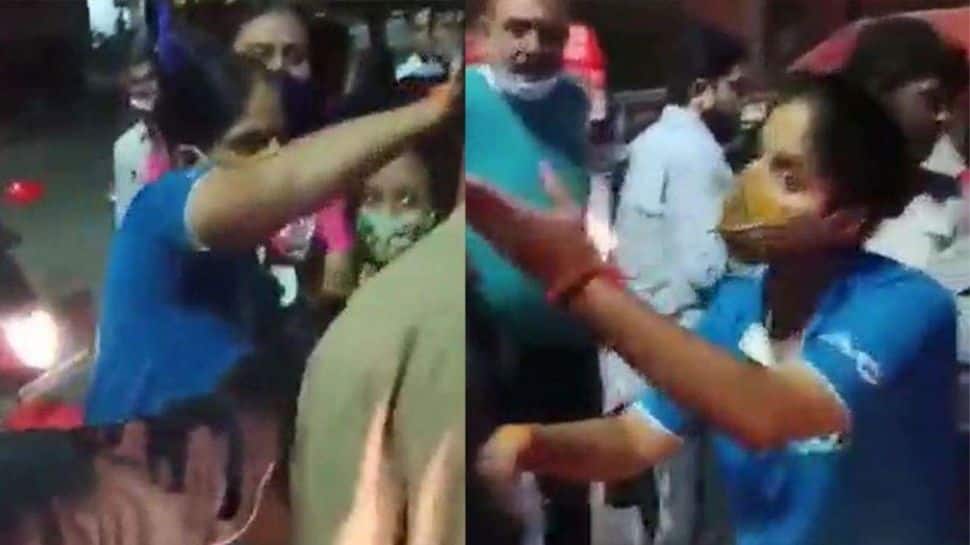 New Delhi: A purported video of a woman beating up a cab driver on the middle of the road in capital Delhi is going viral. In the video, the woman can be seen holding the driver's collar and throwing punches and slaps at him.

The police has said that a case will be registered against the woman if they receive a complaint from the cab driver. The video has come from the ​​West Patel Nagar police station area and the police is now trying to trace the woman in the video from the registration number of her scooty.

According to available information, the little over 2-minute video is going viral on social media in which a woman wearing a blue T-shirt and a mask on her face is seen grabbing a cabbie's collar in the middle of the road.

Woman beats up a cab driver on the road, video goes #viral pic.twitter.com/DPbHaykGpS

The incident took place on Kasturi Lal Anand Marg of West Patel Nagar Block-22. According to sources, the accused, along with another woman, were travelling on the scooty. The roads were congested and the cab driver couldn't make space as demanded by the woman. Enraged, she parks her vehicle on the road itself and started abusing and beating up the driver when there were protests against her parking. She was also seen screaming and shouting at some other man who was at the spot and protested against her behaviour and her thrashing the cabbie.

The video shows a crowd gathered in the area and many could be heard blaming the woman while others were recording the incident.

The incident is reminiscent of one in August where  a woman in Lucknow was booked by the police after slapped the cab driver at least 20 times. She had claimed that he was driving the vehicle at a very high speed and she had narrowly skipped being run over by the car.