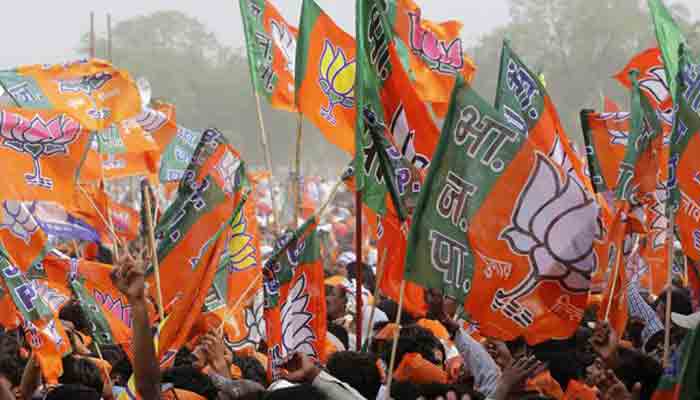 New Delhi: Accusing the ruling Trinamool Congress in West Bengal of unleashing 'violence' on its voters, the BJP on Monday demanded a repoll in Barrackpore Lok Sabha constituency.

At a press conference, he also alleged that the Election Commission had not done enough to make the polls free and fair in the state despite the BJP approaching it a number of times.

"The TMC wants to win elections by rigging as it cannot win by votes. We demand a repoll in the entire Barrackpore constituency," he said, alleging that Chief Minister Mamata Banerjee was behind the violence.

The BJP candidate from the seat, Arjun Singh, has been badly beaten by TMC workers, Javadekar alleged and added that ruling party workers were accompanying voters in the booth and casting votes at their behest.

A scuffle between Arjun Singh and central forces was reported when the former TMC MLA tried to enter a booth following allegations that voters were not being allowed to exercise their franchise there, officials said.

"Our agents were not allowed inside booths. People were not allowed to vote properly and I went there to have a look. I have the right to enter booths but police stopped me and hit me," Singh told PTI.

Alleging that the police are not doing anything to stop rigging in some booths of Barrackpore seat, Singh demanded that polling be stopped and re-polling ordered.

Barrackpore has become a prestige battle for Banerjee as Arjun Singh, a local strongman and MLA, was in the TMC before he switched over to the BJP ahead of the general election.

He is up against the incumbent MP and TMC leader Dinesh Trivedi.