Bhatpara, a tradition Trinmool bastion, has been witnessing frequent post-poll violence between the rival parties. 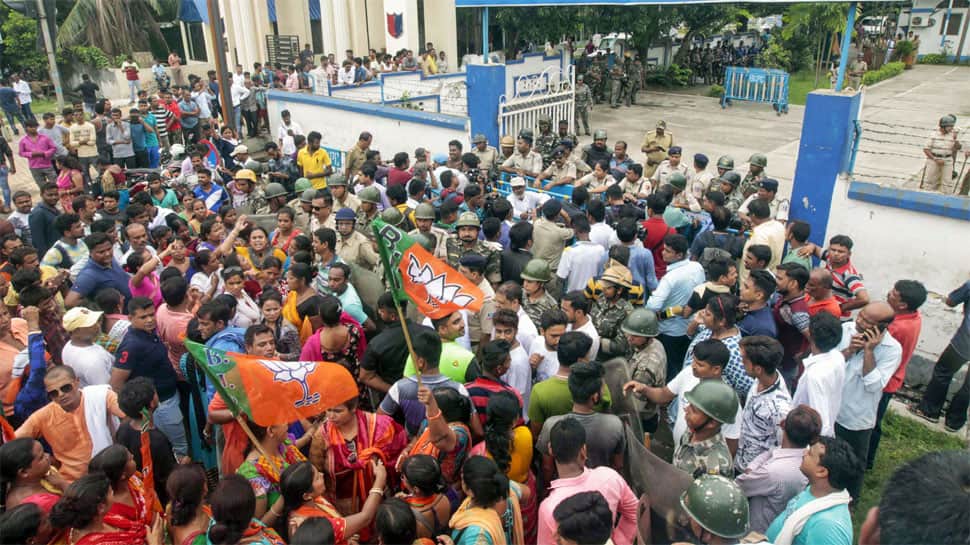 Bhatpara: Fresh tension was reported in violence-hit Bhatpara in West Bengal's 24 Parganas district on Saturday afternoon. Three persons were injured in the clashes. Police had to resort to lathi charge to disperse the crowd after locals violated Section 144 CrPC imposed in the area.

The incident reportedly happened moments after the three-member BJP delegation left following their scheduled visit, reported news agency PTI. The delegation, led by former union minister SS Ahluwalia and consisting of Vishnu Dayal Ram and Satya Pal Singh, met the family of deceased persons and locals. The team is expected to submit a report on the situation in the area to Home Minister Amit Shah.

Two persons – Rambabu Sahu and Santosh Sahu – died and four others injured in clashes between two groups suspected to be attached to Trinamool and Bharatiya Janata Party in Bhatpara on Thursday (June 20). The violence erupted on the day the new Bhatpara police station was scheduled to be inaugurated by the DGP. Locals told Zee Media that policemen were also attacked and a police vehicle was vandalised by miscreants.

Clashes broke out again on Friday afternoon Locals were carrying out the procession of the two deceased persons in the afternoon. An unruly mob pelted stones and sticks at the police force and the Rapid Action Force, injuring many security personnel. Footage showed the crowd beating up RAF personnel and pushing cops. Retaliating to the violence, police fired tear gas shells to disperse the mob.

Bhatpara, a tradition Trinmool bastion, has been witnessing frequent post-poll violence between the rival parties. The fight intensified ever since TMC MLA Arjun Singh crossed over to the BJP and was elected to Lok Sabha from Barrackpore. Bhatpara comes under the Barrackpore Lok Sabha constituency.