A total of 6,97,164 eligible voters have been listed to exercise their franchise in the three constituencies of Bhabanipur, Samserganj and Jangipur seats respectively. The polls polls were nececssitated due to the death of candidates. 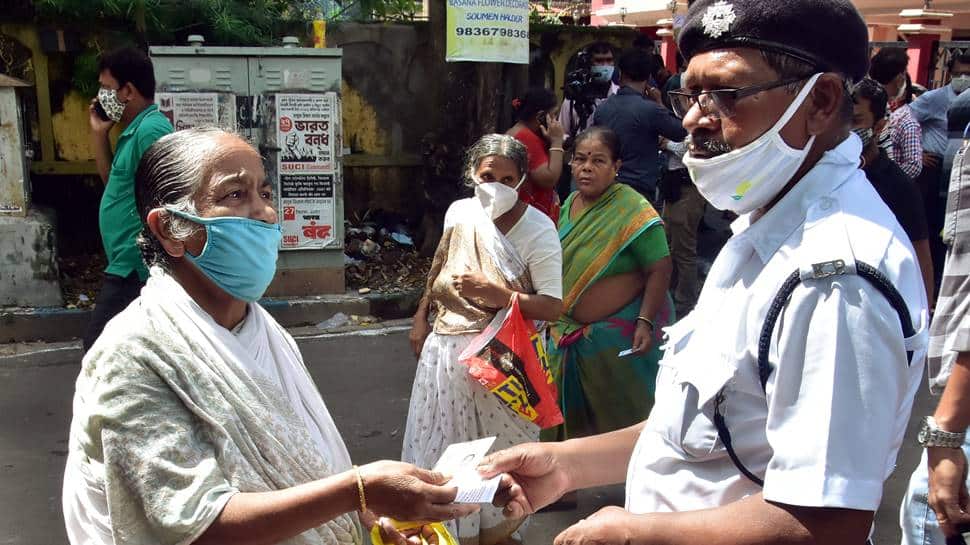 Kolkata: Voting has largely been peaceful in Bhabanipur assembly seat, where West Bengal Chief Minister Mamata Banerjee is contesting, with 53.32 per cent turnout till 5 PM on Thursday, officials said.

A high voting rate at 78.60 per cent and 76.12 per cent was recorded in Murshidabad's Samserganj and Jangipur seats respectively, where polls had to be countermanded during the April-May assembly elections following the death of two candidates.

A total of 6,97,164 eligible voters have been listed to exercise their franchise in the three constituencies. Voting continued till 6 PM.

Banerjee, who is also the Trinamool Congress supremo, is pitted against BJP's Priyanka Tibrewal and CPI(M)'s Srijib Biswas in Bhabanipur.

Banerjee, a voter of the constituency, cast her vote at Mitra Institution school in the area. Tibrewal claimed that TMC forcibly stopped the voting process at a polling booth in ward number 72, and that state minister Firhad Hakim and Subrata Mukherjee were trying to influence the voters in the constituency.

The BJP has lodged a complaint with the Election Commission against Hakim and Mukherjee.

Hakim, however, termed the allegations as baseless. "Does having tea at a roadside stall tantamount to influencing voters? The BJP knows it will lose the by-poll and are now making lame excuses," he said.

A minor scuffle between supporters of the TMC and BJP was reported outside a booth in Bhabanipur over claims of the ruling party bringing fake voters inside the polling centre. Security forces present at the booth brought the situation under control.

The TMC also registered a complaint with the EC, accusing Tibrewal of moving with an entourage of 20 cars and intimidating voters, a charge denied by her.

The BJP later alleged that its polling agents were not allowed entry inside several booths.

Hakim said such claims were politically motivated. "If they don't have the manpower to field polling agents, they could have told us. We would have provided them agents," he said.

The chief minister, who lost from the Nandigram constituency in the assembly elections earlier this year, has to win this by-poll to retain the post.

Votes will be counted on October 3.