As Joe Biden, Kamala Harris gear up to take charge, these will be their top priorities 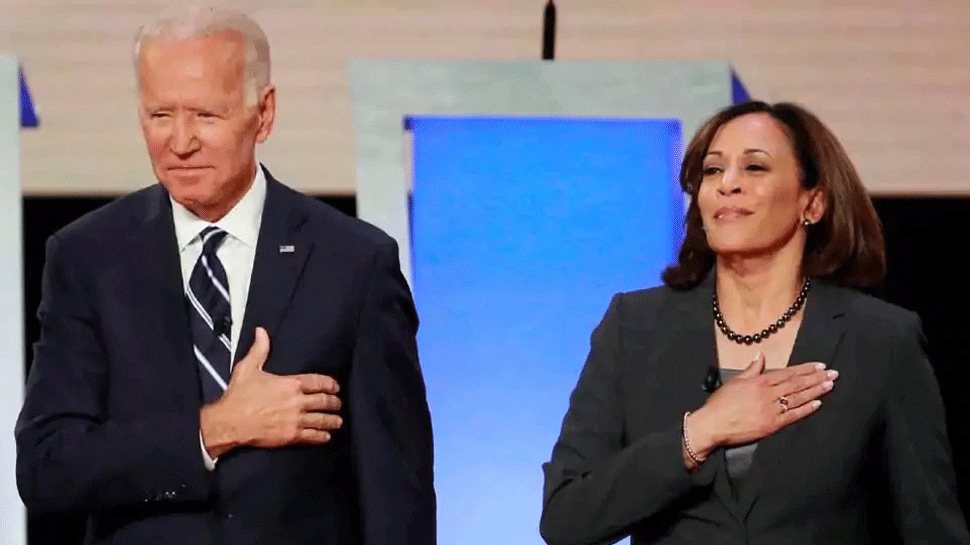 Washington: Tackling COVID-19 pandemic, economic recovery, racial equality and climate change are the four top priorities for the Biden administration, his transition team said on Sunday, a day after Joe Biden and his running mate Kamala Harris won the November 3 US election.

Following a tense week of vote tallying, Democratic presidential candidate Biden on Saturday won the state of Pennsylvania and vaulted ahead in the race to become the next president of the United States.

Biden's win in the key battleground state put him over the threshold of 270 electoral votes, cutting off all avenues for his opponent.

"We aren't just going to rebuild what has worked in the past. This is our opportunity to build back better than ever," said the Biden-Harris transition team, giving details of the priorities for the next administration.

"President-elect Biden and Vice President-elect Harris are confronting a pandemic, an economic crisis, calls for racial justice, and climate change. The team being assembled will meet these challenges on Day One," it said.

Once sworn into office, Biden and Harris will provide the much-needed national leadership to tackle the pandemic and begin our nation's recovery, it said.

Biden and Harris would be sworn in on January 20. The mandate of the transition team is to put in place the infrastructure that can ensure smooth transition from the outgoing administration and efficiently run the administration on day one.

Observing that the American people deserve an urgent, robust, and professional response to the growing public health and economic crisis caused by the coronavirus (COVID-19) outbreak, the team said that Biden believes that the federal government must act swiftly and aggressively to help protect and support the families, small businesses, first responders, and caregivers essential to help them face this challenge.

The Biden-Harris administration will always, listen to science, ensure public health decisions are informed by public health professionals, and promote trust, transparency, common purpose, and accountability in the government, it said.

Economic recovery is the second top priority for the Biden-Harris administration. In this time of crisis, President-elect Biden has a plan to create millions of good-paying jobs, make it easier for workers to organise unions and collectively bargain, and to give America's working families the tools, choices, and freedom they need to build back better, it said.

"That starts with a real strategy to deal with the pandemic. We can't solve the jobs crisis until we solve the public health crisis. Implementing Biden's comprehensive strategy to get the pandemic under control and effectively reopen the economy ? an approach that will both protect the health and safety of our people and boost economic activity ? is one of the president-elect's top priorities," said the transition.

As part of his commitment to uplifting Black and Brown communities, Biden will also work to build an economy where every American enjoys a fair return for their work, and an equal chance to get ahead.

An economy more vibrant and more powerful precisely because everybody will be included in the deal. An economy where Black, Latino, Asian American and Pacific Islander (AAPI), and Native American workers and families are finally welcomed as full participants, it said.

President-elect Biden is leading the world to address the climate emergency and leading through the power of example, said the transition.

"Biden knows how to stand with America's allies, stand up to adversaries, and level with any world leader about what must be done. He will not only recommit the United States to the Paris Agreement on climate change ? he will go much further than that. He is working to lead an effort to get every major country to ramp up the ambition of their domestic climate targets," it said.