Boris Johnson said on Sunday he would not quit as Britain`s prime minister even if he fails to secure a deal to leave the European Union, insisting only his Conservative government can deliver Brexit on Oct. 31. 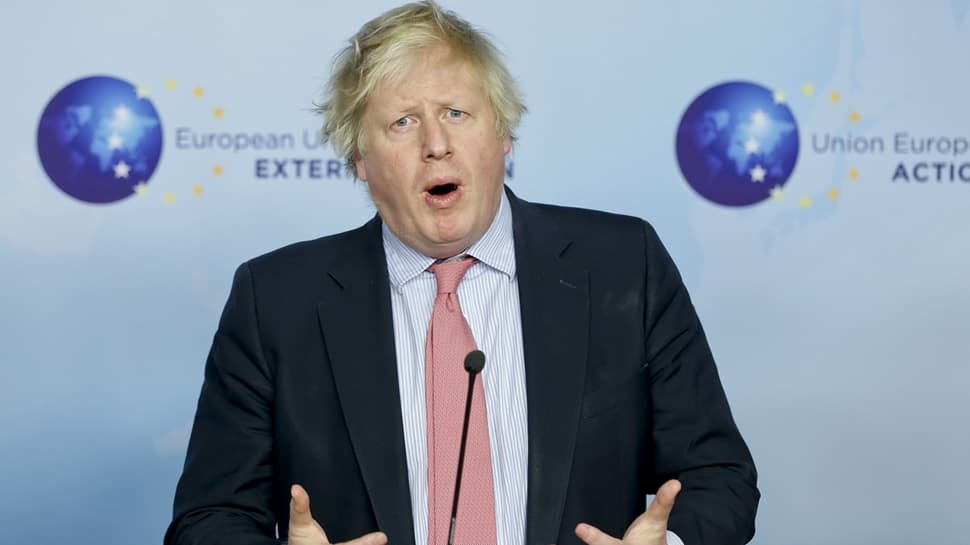 MANCHESTER: Boris Johnson said on Sunday he would not quit as Britain`s prime minister even if he fails to secure a deal to leave the European Union, insisting only his Conservative government can deliver Brexit on Oct. 31.

At the beginning of his party`s annual conference in the northern English city of Manchester, Johnson wants to rally his party with a "do or die" message that he will deliver Brexit by the end of October, with or without a deal.

But there are hurdles to clear, not the least of which is what Johnson calls "the surrender act" - a law parliament passed to force the prime minister to request a Brexit delay if he has not secured a deal with Brussels by an Oct. 17-18 EU summit.

Johnson again declined to explain how he plans to circumvent that law and deliver on his Brexit promise, deepening uncertainty around Britain`s biggest trade and foreign policy shift for more than 40 years.

Asked if he would resign to avoid having to ask for a delay, Johnson said: "No, I have undertaken to lead the party and my country at a difficult time and I am going to continue to do that. I believe it is my responsibility."

Opposition lawmakers have been highly critical of Johnson`s reference to "the surrender act", saying his language is stirring even more division in a country that has remained deeply split since the 2016 referendum on EU membership.

No election is scheduled until 2022, but a snap poll is now widely expected to take place before the end of the year to break the Brexit deadlock, especially after Johnson`s Conservatives lost their majority in parliament.

Polling firm Opinium said the main opposition Labour Party gained 2 percentage points after its conference in Brighton last week, but the Conservatives still held a 12-point lead. Matt Hancock, health minister, used the start of the Conservative conference to announce billions of pounds in spending for hospital projects across England - part of a plan by the ruling party to make good on some of the pledges made during the referendum campaign which Johnson helped lead.

Labour also used its conference to launch new policies, including plans for a four-day working week, but has yet to back Johnson`s calls for an election, fearful he will lead Britain out of the EU without an agreement before any such poll is held.

Though the option of bringing a vote of no confidence in Johnson has been mooted in some quarters, Labour`s education policy chief Angela Rayner said on Sunday the party wanted to "get no deal off the table" before it did anything else.

But time is running out on efforts to avoid a potentially chaotic departure from the EU, which many businesses say could hurt the economy and tip the country into recession. The government is expected this week to present proposals aimed at overcoming the main stumbling block in talks - the border between the British province of Northern Ireland and EU member Ireland. So far the two sides have failed to agree how to prevent the return to a hard border if any future UK/EU deal fails to maintain frictionless trade.

Arlene Foster, the leader of Northern Ireland`s Democratic Unionist Party, which is allied with the Conservatives, again set out her red lines on any Brexit deal, telling an event at the Manchester gathering that the province could not be treated differently from the rest of the United Kingdom.

The DUP is seen as key to securing any Brexit deal. Jacob Rees-Mogg, leader of the House of Commons lower house of parliament, said he believed both Conservative and opposition lawmakers would most probably vote for any Brexit deal supported by the DUP.

Johnson said he was still hopeful of securing a "good deal" with the EU but added he would not pretend it would be easy. "It is certainly true that other EU countries also don`t want this thing to keep dragging on, and they don`t want the UK to remain in the EU truculent and mutinous and in a limbo and not wishing to cooperate in the way they would like," he said. "There is a strong view across the EU that it is time to move on."