Along with multinational rivals including PepsiCo and Nestle, Coca-Cola has started offering recyclable aluminium cans as well as plastic bottles for some water brands as the industry reacts to public outrage over the world`s oceans being polluted with plastic waste. 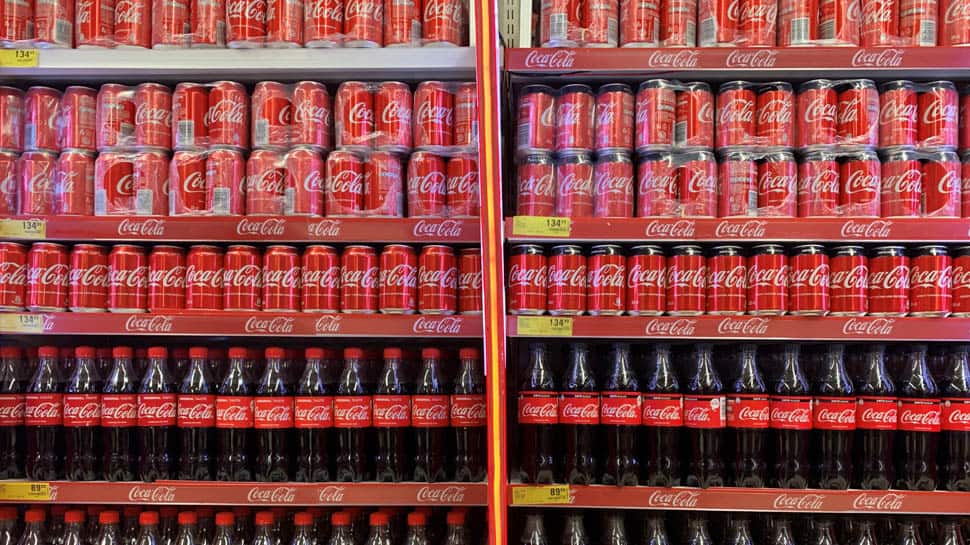 LAGOS: Coca-Cola is committed to collecting and recycling plastic bottles rather than switching to aluminium cans as the world`s largest soft drinks maker seeks to reduce its carbon footprint, its chief executive officer told Reuters. Along with multinational rivals including PepsiCo and Nestle, Coca-Cola has started offering recyclable aluminium cans as well as plastic bottles for some water brands as the industry reacts to public outrage over the world`s oceans being polluted with plastic waste.

But Coca-Cola`s launch of a range of cans for sparkling water in the United States is not part of a broader shift, said CEO James Quincey during an interview in Nigeria`s commercial capital Lagos. "We are not trying to engineer a strategic shift from plastic to aluminium," said Quincey, adding that the firm was "focused on collecting" and has a collection rate of about 59%.

Quincey said import tariffs of 25% on steel and 10% on aluminium that U.S. President Donald Trump set in 2018 to preserve national security would also not alter its plan. "It`s not so big that it`s going to make us change our strategy," said Quincey on the impact of the tariffs.
"Given the relative weight of aluminium in our total business, it hasn`t caused a big change in strategy - just a cost increase that fed through to the consumers," he said.

Last year Coca-Cola pledged to collect and recycle a bottle or can for every one it sells globally by 2030. The company adopts different methods around the world to collect bottles. In some countries, it uses a deposit return scheme that enables consumers to return bottles in exchange for incentives - such as cash, vouchers or a points-scheme. It also works with private firms that employ collection agents to retrieve used bottles. "A recycled PET (polyethene terephthalate) bottle has a much lower carbon footprint than an aluminium can or a returned glass bottle," said Quincey. He said collecting and reusing bottles was a "better long term answer" than switching to cans.

Last month environmental group Greenpeace said Coca-Cola was the world`s biggest producer of plastic waste for the second year in a row. Working with the Break Free From Plastic movement, it said 11,732 branded Coca-Cola plastics were recorded in 37 countries - more than the next three top global polluters combined. But Coke`s CEO aid this was just a reflection of the drinks company being the "biggest brand". Coca-Cola beat Wall Street estimates with quarterly revenue of $9.51 billion (£7.38 billion) last month, prompting the company to give an upbeat forecast for 2019.