Forty persons, including the driver of a van allegedly used by the suicide bombers, have been arrested so far in connection. 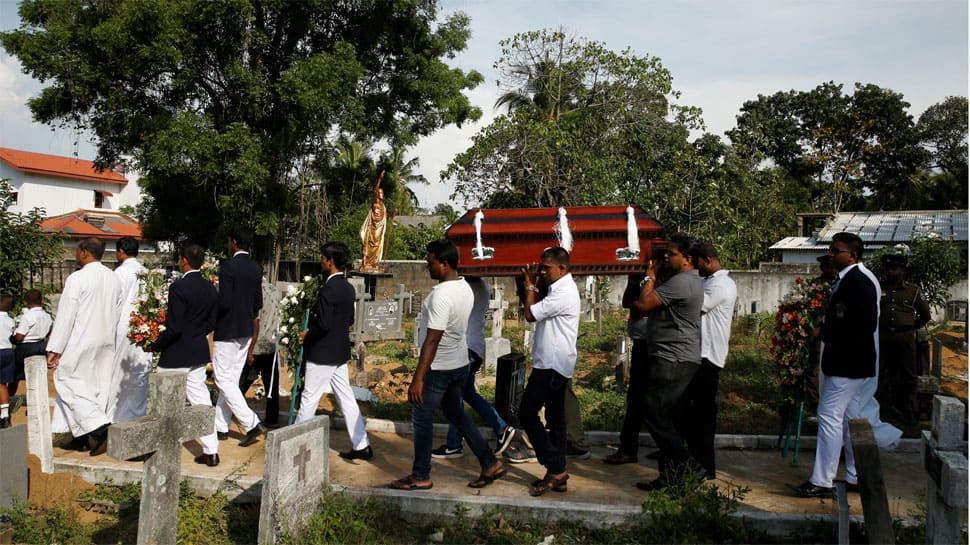 Colombo: Death toll in Sri Lanka's Easter Sunday bomb attacks climbed to 359, a police spokesman said Wednesday. At least 11 Indians have died in the carnage. A nationwide hunt to nab those behind the ghastly attack is currently underway.

The Islamic State on Tuesday claimed responsibility for the horrific bombings and released a picture of the eight terrorists behind the attack on 'Amaq' news agency.

"The perpetrators of the attack that targeted nationals of the crusader alliance (anti-IS US-led coalition) and Christians in Sri Lanka were Islamic State fighters," the brief message in Arabic language said.

Meanwhile, Prime Minister Ranil Wickremesinghe warned of more explosives across the country during a press conference. He also confirmed that India had offered specific intelligence and warned the island nation of Jehadi threat.

The Sri Lankan PM said, "there has always been sharing of information between our 2 countries in regard to terrorism. There was specific intelligence on this".

Forty persons, including the driver of a van allegedly used by the suicide bombers, have been arrested so far in connection with the attacks by Tuesday.

The situation continued to remain tense in Colombo with streets remaining deserted across the city.

In the aftermath of the worst terror attack, the Sri Lankan government is considering a burqa ban in consultations with Muslim community leaders. A local newspaper quoting a Sri Lankan defence source said several female accomplices involved in Dematagoda had escaped wearing burqas. The issue has been discussed with Sri Lankan President Maithripala Sirisena.