A country that was war torn till the first half of last century, has now occupied territories of more than half a dozen bordering countries. Chinese President Xi Jinping has added to the Chinese desperation of expansionism and the great Maoist  dream of conquering the whole world. The current standoff at LAC is at another sinister attempt of furthering that expansionist agenda. Under the sinification policy, Xi Jinping is leading the systematic efforts to eliminate minority identities and alienate minority provinces along borders. 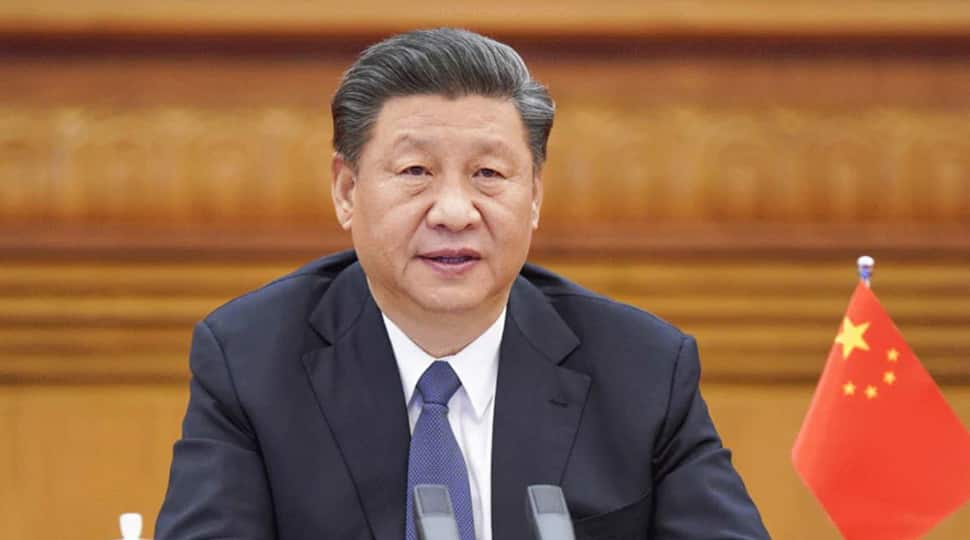 A country that was war torn till the first half of last century, has now occupied territories of more than half a dozen bordering countries. Chinese President Xi Jinping has added to the Chinese desperation of expansionism and the great Maoist  dream of conquering the whole world. The current standoff at LAC is at another sinister attempt of furthering that expansionist agenda. Under the sinification policy, Xi Jinping is leading the systematic efforts to eliminate minority identities and alienate minority provinces along borders.

Look at what they have done to minority provinces of Tibet and East Turkestan (Xinjiang) to eliminate ethnic identities. Jinping and the Politburo standing Committee have been stressing the need of four identifications, among the ethnic minorities: identification with the motherland; the Chinese nation, Chinese culture; and the socialist road with Chinese characteristics.

Under the Jinping’s regime, a number of fast-track initiatives were introduced after the demography of Tibet and East Turkestan, eliminating ethnic and religious cultures. The Chinese push for assimilation got intensified and accelerated after the Second Xinjiang Work Forum held in Beijing on 28-29, May 2014 attended by over 300 top Party officials and the entire Politburo. It was decided to strengthen the Party structure in minority dominated regions and to accelerate inter-regional migration, besides other measures. In the same year, the Qiemo county in East Turkestan came up with a policy to promote inter-ethnic marriages by offering 10,000 RMB per year to inner-ethnic couples for five years, along with other social security benefits. Policies of promoting such marriages have backfired as minorities perceive. These steps  are attempts to attack the region's unique culture and identity.

In order to ensure authoritative control over these minority provinces, it has ensured a rapid influx of Hans in Tibet and East Turkestan. In Tibet, the “magnitude of the influx is so massive, that Hans have outnumbered ethnic Buddhists. Similarly, Hans and other ethnic communities are outnumbering Uighurs and Turkic communities in East Turkestan, especially along the border areas.

Human rights have taken a backseat in minority provinces after the coronation of Of  Jinping. 197 people died in the 2009 violence and the number of deaths in 2013 and 2014 were 110 and 308, respectively. The September  2015 attack in the Aksu region resulted in the loss of at least 50 lives. Similarly More than 129 cases of self-immolation by Tibetan Buddhist have come to light after 2011 and numerous religious and liberation leaders have been arbitrarily detained.

To suppress dissidents ,China has relied on deployment of surveillance technologies at massive scales. Citizens in both the territories are compelled to install a surveillance app - Jingwangweishi, which tracks and monitors them real time. Besides tracking, it also monitors employment status .Transport used, religious places visited. China has also used East Turkestan to implement its infamous facial recognition technology ,before it was implemented to pan China.

China  establishments have been holding the process of ‘Arabisation’ as the reason behind disconnection amongst the Islamic communities in East Turkestan. The practice of Islamic rituals and customs like Hajj and Madrassa  education began to be identified as extremism. The first wave of Muslim genocide erupted in 1980s, in which Islamic leaders and preachers were identified, targeted, and murdered in deadly riots. The same wave of murdering Muslims revamped in 2009 and is continued till today, eliminating all religious leaders.

Minorities have not only been marginalized religiously, but socially and culturally as well. The Uighur community has been made a Pariah in the entire communist nation. This observation is magnified in Hans hotels of East Turkestan, where Uighur are not allowed to stay or eat. Recently, the government issued a notification, banning 29 names for Uighur kids that were considered “too Islamic’ or “non-Chinese”. In another such attempt to eliminate the Uighur identity, the government banned burqa in public places, terming it “non-local attire”. This gives a sense that everything that relates to symbols of dominant communities like Hans and conforms to the ideas of the Party is local, patriotic, and institutionally acceptable. Everything else is external, seditious and institutionally prohibited.

Patriotic religious education which Jinping connotes as “legal channels for religious people, is eliminating Uighur identity and Islamic customary practices through  detention camps disguised as schools and training centers .Such schools are mushrooming all over East Turkestan and Tibet. The idea was initiated in 1996 and is also largely responsible for appointments in religious institutions. It appoints only those monks and imams who have been trained in government run mosques and monasteries and have received government sanction.

Similarly, in Tibet, trainees and detainees in patriotic religious schools denounce His Holiness Dalai Lama and made to recognize Chinese government appointed Panchen Lama as a true religious leader of Tibet.There are numerous instances  ,where in Buddhist monks had to trample the picture of the Dalai Lama under there foot to immunize themselves against the Chinese torture. Many believe that numerous cases of self immolation by Tibetans are consequences of the imposition of such a repressive model of education.

To cope up with the dissident and unrest, China has also been exponentially increasing its internal security budget, which surpassed its national defense budget in  2011. The trend kept continuing in the subsequent years. As a consequence of the 2009 Urumgi riots, the budget for public security apparatus was raised from 1.54 billion RMB to 2.89 in RMB — marking a huge increase of 90 percent! Further, the XUAR government doubled its public security bureau budget in 2014 to two million RMB.

East Turkestan consists of more than 30 percent of crude oil and more than 40 percent of coal reserves of China, which has been rigorously exploited by the Chinese government to the benefit of its economy. Any form of instability in the province would mean hindrance to such exploitation. Consequently, in the aftermath of the 2009 anti-Uighur pogrom, China started infusing capital and introduced a series of corporate reforms in East Turkestan. It also came up with projects like setting-up of SEZs near Kashgar and in the border towns of Alataw and Kogras. These were perhaps additional efforts to strengthen Chinese position along the border areas. What a brilliant way of killing two birds with one stone!

Tibet is another mineral and energy rich territory within China. To counter the liberation movement, the Chinese government plans to invest USD 81 billion exclusively on connectivity and infrastructure projects. Both the provinces are of utmost strategic significance to China as their occupation awarded its boundaries with South Asian nations as well as provided access to numerous trade routes. Hence investments on infrastructure projects in these two territories reflect the Chinese desire of expansionism by strengthening its hold  in territories with international borders.

Moving ahead from East Turkestan and Tibet, China has managed to travel till India’s border. We cannot keep acting like frightened Ostriches burying their heads in sand to escape from reality. We need to implement multi level policy changes regarding our border areas. Through development of connectivity and infrastructure projects, India should ensure that local population along the bordering villages are empowered, well connected and sustainably inhabited. We also need to pump in more investments in bordering  regions in India to promote inter-state businesses and connections. Similarly, we also need to preserve local identities, popularize local culture and promote local markets of bordering areas to motivate and equip our front-end and full-time defenders.