The first parts of the missile system were delivered to the Murted air base, the Turkish defence ministry said in a statement. 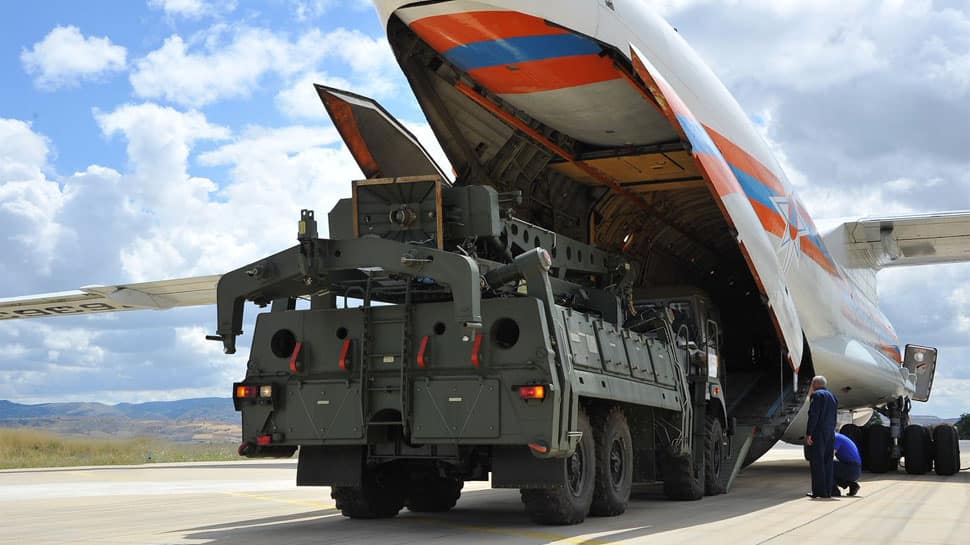 Turkey began taking the delivery of its first set of Russian missile system S-400 Friday. Both the countries released separate videos of the delivery to Murted military airbase, northwest of the capital city Ankara. The footage released shows components of the advanced missile defence system aboard a massive Antonov AN-124-100 aircraft.

The two-minute-long video by Turkish Defence Ministry shows footage of the AN-124 cargo planes offloading equipment at the Murted airbase.

Video released by Russia shows the multiple S-400 components fitted aboard heavy Ural trucks being driven into the plan at a Russian air base for transit. About 5 minutes into the video, the vehicles are seen being removed from the plane after it has touched down in Turkey, lining up in single file and driving in an unknown direction.

The first parts of the missile system were delivered to the Murted air base, the Turkish defence ministry said in a statement. Delivery of remaining parts of the Russian S-400 defence system will continue in coming days, it added.

Turkey's move to acquire the Russian defence system is expected to trigger a United States sanctions. The US says the Russian military hardware is not compatible with NATO ( North Atlantic Treaty Organization) guidelines and may lead to Ankara`s expulsion from an F-35 fighter jet programme. Turkey repeatedly rejected US ultimatums for cancelling the S-400 shipments and the purchase of American Patriot batteries instead.

The S-400 is the most advanced mobile air defence system in Russia's arsenal, and is capable of detecting, tracking and destroying all categories of manned aircraft (including stealth), as well as drones, cruise and ballistic missiles. Along with Russia, the system is fielded by Belarus, China, and now, Turkey. It can engage targets independently as well as after receiving data from other radars. It is the fourth generation of long-range Russian Surface-to-Air-Missiles (SAMs). The highly mobile, ground-based S-400 Triumf can detect, track and shoot down multiple targets including cruise missiles, ballistic missiles, aircraft, drones, unmanned aerial vehicles (UAVs). It can target ballistic missiles in their terminal (descent or reentry) phase. The entire system consists of a multifunction radar, autonomous detection and targeting systems, anti-aircraft missile systems, launchers, command and control centre.

India-US trade talks: Commerce Minister Piyush Goyal to visit Washington for next round