In a first, Pakistan puts on display documents of Jallianwala Bagh massacre

The massacre took place at Jallianwala Bagh in Amritsar (undivided Punjab) during the Baisakhi festival on April 13, 1919, when troops of the British Indian Army under the command of Colonel Reginald Dyer opened fire at a crowd of people holding a pro-independence demonstration, leaving scores dead. 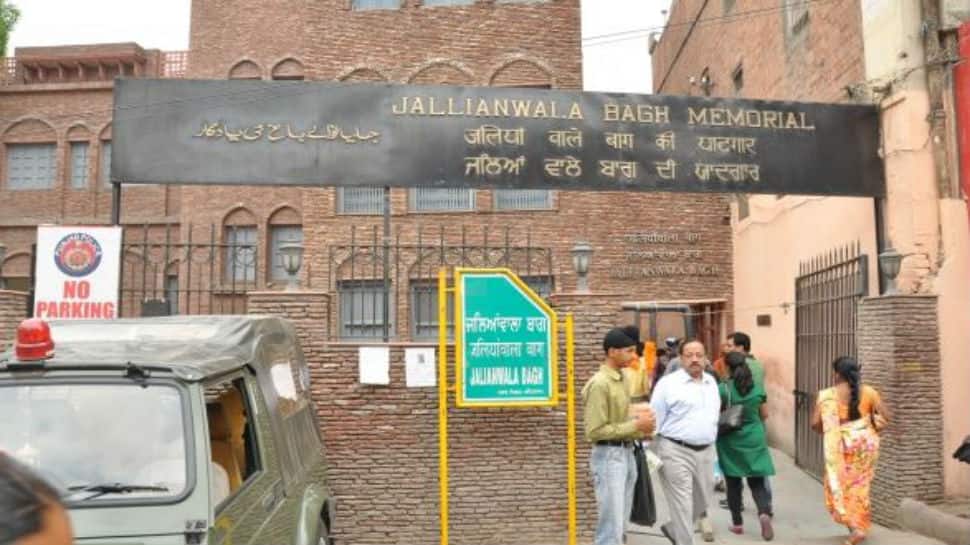 Lahore: For the first time in its history, Pakistan has put on display rare documents of the Jallianwala Bagh massacre to mark its 100th anniversary. The six-day exhibition showcasing about 70 historical documents related to the Jallianwala Bagh massacre and Martial Law in Punjab in April 1919 opened at the Lahore Heritage Museum here on Saturday. A year earlier, Pakistan had exhibited the archives of the trial of revolutionary leader Bhagat Singh in Lahore.

The massacre took place at Jallianwala Bagh in Amritsar (undivided Punjab) during the Baisakhi festival on April 13, 1919, when troops of the British Indian Army under the command of Colonel Reginald Dyer opened fire at a crowd of people holding a pro-independence demonstration, leaving scores dead.

"The government has decided to showcase archives of different historical events and famous personalities so that people could know what had happened during that period," Abbas Chughtai, Pakistan's Punjab province government's archive department director said.

Chughtai said that the archived documents are displayed to mark the massacre's centenary year and the practice will continue in coming days as well.

"We are also planning to exhibit the documents related to the work of Rudyard Kipling," he said.

"We urge people to visit the Lahore Heritage Museum and go through the pages of history," he said, adding that the exhibition will go on till April 26.

The documents include different number of Martial Law Order, copy of the ordinance regarding continuance of trials held by Commissions and Summary Courts, expulsion order of 47 students of different colleges of Lahore in connection with disturbances and a copy of the questions raised by Lord Sydenhamin House of Lords, England about sentence passed by martial law commission to Muhammad Bashir, whose proclamation was an immediate cause in bringing a large mob to Jallianwala Bagh on April 13, 1919.

A copy of assistant commissioner Murree's letter about sending European and Anglo Indians to Murree from Lahore for their safety during the disturbances, a copy of the report about outbreak of disturbances in Lahore, Amritsar, Kasur, Ahmadabad and Patna and the Rawalpindi governor's letter to the chief secretary to declare martial law in Jehlum to teach the people discipline as a punishment for throwing stone on Mr Barton's car, the deputy commissioner of Rawalpindi also features the exhibition.

About the death toll in the massacre, the 3rd September letter of deputy commissioner Amritsar in the documents reported the final figure of death at Jallianwala Bagh to 291 including two women and five children, a copy of notice both in Urdu and Hindi language informing them about how many were killed in the massacre, a letter of the deputy commissioner informing bout whipping of school boys in Lahore.