Islamic State to lose last bits of Syria territory in 'weeks': US

Islamic State is expected to lose its final bits of territory in Syria to U.S.-backed forces within a couple of weeks, acting U.S. Defense Secretary Patrick Shanahan said on Tuesday, even as U.S. intelligence assessed that the militant group would still pose a threat to the United States. 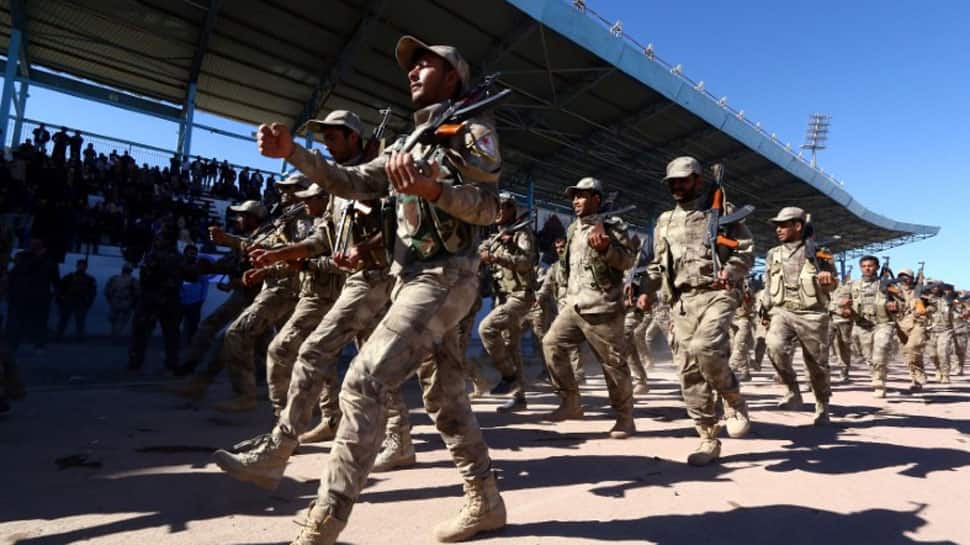 WASHINGTON: Islamic State is expected to lose its final bits of territory in Syria to U.S.-backed forces within a couple of weeks, acting U.S. Defense Secretary Patrick Shanahan said on Tuesday, even as U.S. intelligence assessed that the militant group would still pose a threat to the United States.

The Kurdish-led Syrian Democratic Forces, which have been backed by 2,000 U.S. troops and air support, are preparing for a final showdown with Islamic State in eastern Syria after helping drive the fighters from the towns and cities that once formed the group`s self-proclaimed caliphate.

Islamic State fighters in eastern Syria are pinned down in a tiny pocket with their wives and children, forcing a U.S.-backed militia to slow its advance to protect civilians, the militia said on Tuesday.

"I`d say 99.5 percent plus of the ISIS-controlled territory has been returned to the Syrians. Within a couple of weeks, it`ll be 100 percent," Shanahan told reporters at the Pentagon, using an acronym for Islamic State.

Last month, U.S. President Donald Trump declared that Islamic State had been defeated and announced the abrupt withdrawal of American troops in Syria, over the objections of top advisers, including Defense Secretary Jim Mattis, who quit in protest.

Critics say a U.S. withdrawal could allow Islamic State to regroup and also unleash a threatened offensive by Turkey against Kurdish elements within the Syrian Democratic Forces (SDF), which Ankara believes is an extension of the PKK militant group waging an insurgency on Turkish soil.

The annual Worldwide Threat Assessment from the Directorate of National Intelligence (DNI), released on Tuesday, contradicted assertions by Trump and other top administration officials that Islamic State had been defeated in Syria and Iraq, saying the group still commanded thousands of fighters and posed a long-term threat to both countries.

`CONTINUED TERRORISM THREAT`
During a congressional hearing on Tuesday, Director of National Intelligence Dan Coats said Islamic State and other militant groups would remain active for years around the world.

"ISIS will continue to be a threat to the United States," he said. "This terrorism threat is going to continue for some time."

The SDF has vowed to escalate its operations against Islamic State this month after a bomb attack killed several people, including two U.S. soldiers in northern Syria. SDF officials have warned of an Islamic State revival if Washington withdraws.

He said the withdrawal was in its early stages. While the Pentagon has declined to set a timeline for the withdrawal, officials have estimated it could be complete by the end of March.

Earlier this month, the U.S.-led coalition battling Islamic State added to confusion surrounding the American withdrawal from Syria by saying it had started the pullout process, but officials later clarified that only equipment - not troops - was being withdrawn.

The State Department said Secretary of State Mike Pompeo would be holding a day of meetings next week in Washington with foreign ministers from the coalition fighting Islamic State.

"Ministers will discuss the next phase of the campaign in Iraq and Syria, which will focus on protecting against a resurgence of ISIS through stabilization and security assistance," a statement said. It added that they would also discuss the next steps in degrading Islamic State`s global networks outside of Iraq and Syria.