A panel from PsychicWorld.com has said that it is likely that Melania would divorce Donald Trump in the coming months. 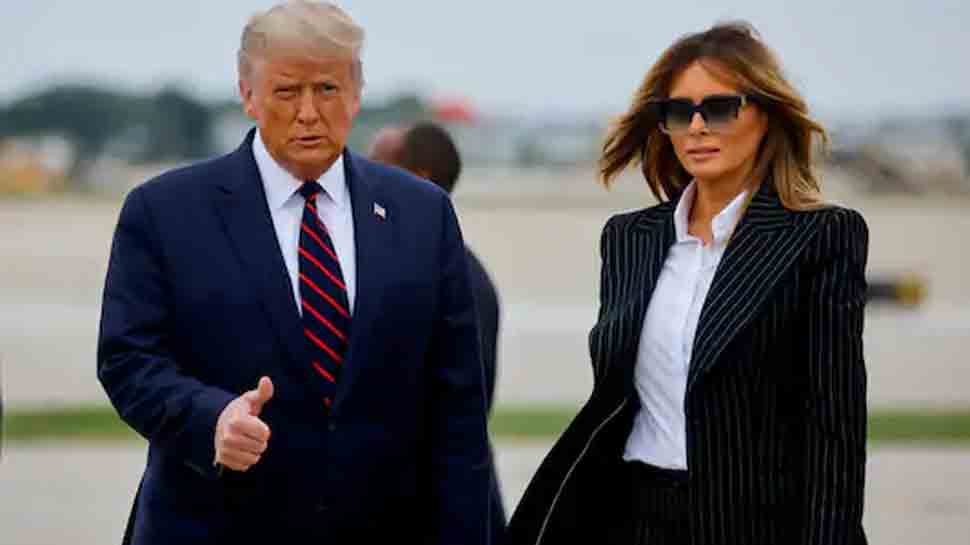 US First Lady Melania Trump will divorce President Donald Trump 'before the summer', according to 2021 predictions by multiple psychics. A panel from PsychicWorld.com has said that it is likely that Melania would divorce Donald Trump in the coming months while another psychic and numerologist have also echoed similar feelings predicting ‘upheaval’ in the Trump household before the summer.

“Melania will divorce Donald Trump before the summer,” the panel revealed.

“Although she will be dating another prominent business figure before the end of the year she will be private about the matter,” added the panel.

"When it comes to her husband, Donald Trump, he is a Gemini and after leaving the Presidential Office he is “likely to go silent for two months. He will then rise up and be a huge driving force in the world - bigger and with more influence than he had as President,” the panel added.

“He will also be working on a tell-all book about his life inside of the White House and reveal some dirty behind-the-scenes secrets. After experiencing many negative media campaigns during his time as President, he will have no fear of calling out certain individuals for their corrupt ways. What he has to say, and what he reveals, is going to shock and scare the political and business world,” said the panel according to an article published on Yahoo Lifestyle.

Before the November 8 Presidential election in the US, another psychic and numerologist had made a similar prediction, claiming that Trump household would witness some ‘upheaval’ soon.

Sarah Yip aka The Numbers Queen said Trump was in a 3 to 4-year completion phase and “his numbers also suggest changes in his home life (peaking March-April-May 2021) due to his 6 Personal Year”.

“Melania and Barron Trump also have upheaval in their charts during this period. This could suggest a move in residence and/or family and marriage transitions," Sarah added.

Few weeks ago, a former White House aide had claimed that Melania was 'counting the minutes until divorce'.

“Melania is counting every minute until he is out of office and she can divorce,” Omarosa Manigault Newman reportedly wrote in her book called Unhinged.

“If Melania were to try to pull the ultimate humiliation and leave while he's in office, he would find a way to punish her,” she added.

Explained: Why China's new defence policy is a threat for whole world