SpaceX`s Crew Dragon capsule carrying NASA astronauts docked with the ISS on May 31. 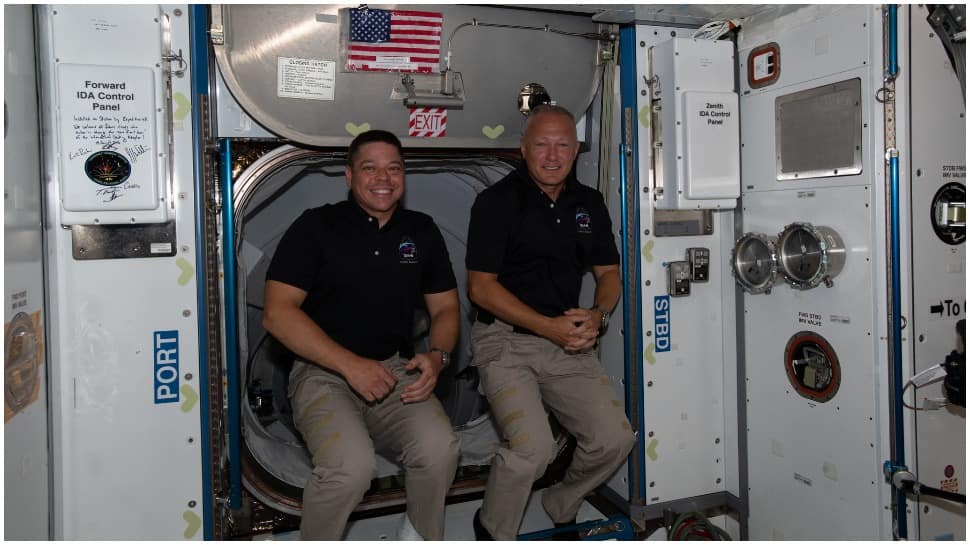 Washington DC: The National Aeronautics and Space Administration (NASA) has said that they are targeting an August 2 return of the SpaceX's spacecraft from the International Space Station (ISS) to Earth.

NEWS: We're targeting an Aug. 1 departure of @SpaceX's Dragon Endeavour spacecraft from the @Space_Station to bring @AstroBehnken and @Astro_Doug home after their historic #LaunchAmerica mission. Splashdown is targeted for Aug. 2. Weather will drive the actual date. Stay tuned. pic.twitter.com/VOCV51gzLi

Just before the liftoff, Hurley had said, "SpaceX, we're going for launch. Let`s light this candle," paraphrasing the famous comment uttered on the launch pad in 1961 by Alan Shepard, the first American flown into space.

SpaceX`s Crew Dragon capsule carrying Bob and Doug docked with the ISS on May 31, within 19 hours of the launch, making it the first US space capsule to do so with a crew since 2011.

This is the first time in human history @NASA_Astronauts have entered the @Space_Station from a commercially-made spacecraft. @AstroBehnken and @Astro_Doug have finally arrived to the orbiting laboratory in @SpaceX's Dragon Endeavour spacecraft. pic.twitter.com/3t9Ogtpik4

The Crew Dragon had lifted off from the Kennedy Space Center after their second attempt as the first one was deferred due to the poor weather conditions.