French President Emmanuel Macron's stand against Islamist terrorism has led to a new geopolitical tussle among countries like Turkey, Pakistan and Saudi Arabia. 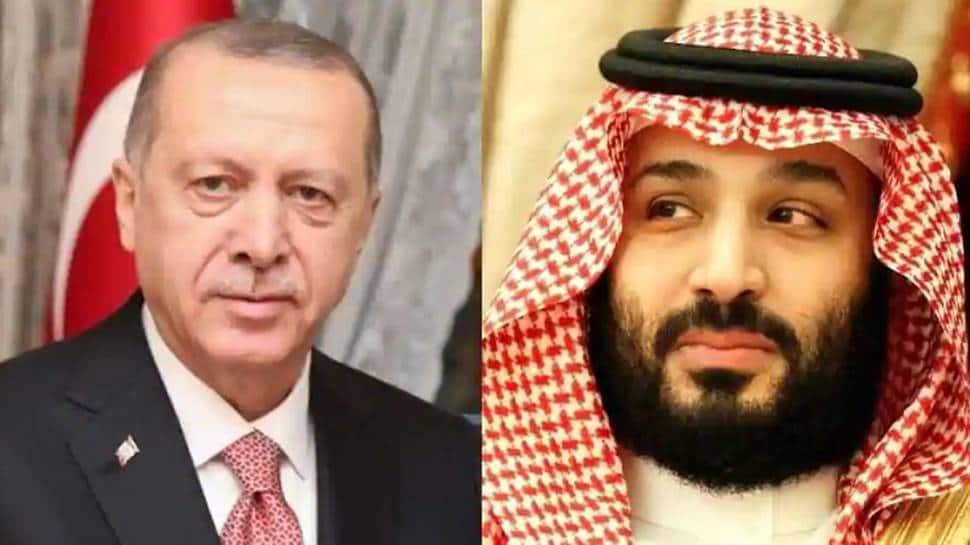 New Delhi: The temperament displayed by French President Emmanuel Macron to fight the radical Islamist terrorism after the brutal murder of teacher Samuel Paty and the outrage by the French citizens over the incident has led to a new geopolitical tussle.

In response, Turkish President Recep Tayyip Erdogan attacked Macron and said, “The person in charge of France has lost his way. He goes on about Erdogan all day. Look at yourself first and where you are going…he is a case and he really must be checked up.”

Turkey also launched an aggressive campaign to boycott French goods from its markets.

Besides Pakistani citizens staying all over the world launched a global campaign to boycott French products. Many prominent Pakistani Twitter handles, with a blue- tick, spat venom on the French President and urged Muslims worldwide to boycott products of the country.

Editor of a prominent Pakistani daily ‘The News’, Ansar Abbasi urged the Islamic fraternity of the world to protest against France against the ‘shameful’ attack on Muslims by using the hashtag #MacronGoneMad.

Responding to the boycott campaign, Macron tweeted, “We will not give in, ever. We respect all differences in a spirit of peace. We do not accept hate speech and defend reasonable debate. We will always be on the side of human dignity and universal values.”

It is believed that by launching the strongest attack on the French government, Erdogan would be able to project himself as the ‘Messiah’ of Muslim Ummah and leader of the ‘Caliphate’. Observers see this as Erdogan’s efforts to encash the opportunity to challenge Saudi Arabia's leadership of Islamic world.

Unlike Turkey and Pakistan, the supreme body of Muslim countries, the Organisation for Islamic Cooperation (OIC) condemned the act of gruesome killing of the French teacher, besides expressing its concerns on ‘ongoing practice of running satirical caricatures depicting the Prophet Muhammad'.

Taking a divergent route from the balanced approach of the OIC, Turkey-led Islamic block unilaterally attacked the French government and sympathised with the attacker.

Turkey and Pakistan's aggression was not taken in good taste by Saudi Arabia, which has been a constant target of Turkish President Erdogan in his efforts to displace Saudi as the leader of Islamic world.

Citizens of Saudi Arabia have, in fact, launched a massive campaign to boycott Turkish goods. Saudi shops and supermarkets have boycotted Turkish goods and replaced Turkish items with the Greek ones. Expressing solidarity with Greece on Turkish aggression as well as denoting the availability of Greek products in their stores, Saudi traders hung Greek flags outside their establishments.

The Saudi citizens have taken up a comprehensive campaign against Turkey on the basis of three principles – No investment, no imports and no tourism. It is striking to note that the campaign has not been launched by the Saudi Government, rather it is driven by the common public sentiments of the Saudi citizens.

Besides boycotting local products made in Turkey, Saudi citizens are also boycotting the products of international brands produced in Turkey. Such a boycott might turn Turkey into a hostile investment destination and thereby compelling companies to pull out their investments from the country.

Saudi Arabia has been one of the biggest markets for import of Turkish products. Besides, Turkey also uses the country as a transit point to trade its goods elsewhere in the region. Hence, the boycott by Saudi citizens, if continued for long, might prove costly for Turkey.

Current developments suggest that efforts of Turkey and Pakistan might have begun to backfire. The strong resolve of the French President and the retaliation by Saudi citizens might impact the economies of both the countries, which are already not in a very good state. Besides economic and diplomatic losses for Turkey, the tussle on boycott campaign is also going to inflict huge strategic and diplomatic losses for Pakistan.

Pakistan's desperate jump at Erdogan’s anti-French rhetoric and unwarranted threats from the Pakistani leadership and elites might have added to the displeasure of Saudi Arabia, which has been disgruntled on Pakistan's support of unilaterally projecting Erdogan as the tallest leader of the Ummah. Besides, Pakistan might have found a new antagonist in another world superpower — France!

Nevertheless, the tussle between pro-France and pro-Turkey countries is certainly going to be intensified in the next few days, throwing reflections on the emerging geopolitical dynamics of the world.