In January this year, Britain said that Huawei equipment could be used in its new 5G network on a limited basis, but Prime Minister Boris Johnson had to take this decision as he was facing growing political pressure domestically to take a harder line against Beijing. 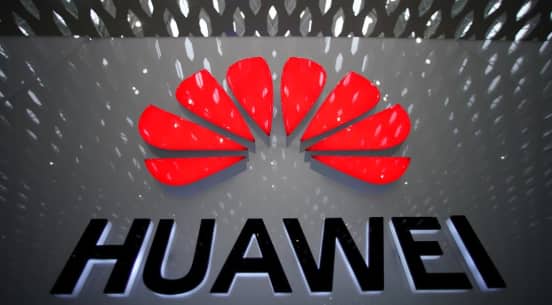 New Delhi: Britain on Tuesday (July 14) decided to put a ban on equipment from the Chinese technology giant Huawei from the country’s high-speed wireless network. The UK's policy reversal is a victory for US President Donald Trump's administration in the trade battle between Western powers and China, according to a New York Times report

In January this year, Britain said that Huawei equipment could be used in its new 5G network on a limited basis, but Prime Minister Boris Johnson had to take this decision as he was facing growing political pressure domestically to take a harder line against Beijing.

The latest decision on part of Britain reportedly shows a new willingness among Western countries to confront China, a determination that has grown firmer since Beijing last month adopted a new law to tighten its grip on Hong Kong, which was a British colony until 1997.

Huawei’s critics reportedly apprehend that its close ties to the Chinese government mean Beijing could use the equipment for espionage or to disrupt telecommunications.

The UK is understood to have argued that Huawei created too much risk for such a critical, multibillion-dollar project that it has decided to bar the purchase of new Huawei equipment for 5G networks after December. The existing gear already installed would need to be removed from the networks by 2027, it added.

The UK, however, said that proceeding any faster would produce a greater risk to the security and resilience of the network.

“As facts have changed, so has our approach,” Oliver Dowden, the government minister in charge of telecommunications, reportedly told the House of Commons on Tuesday afternoon, adding “This has not been an easy decision, but it is the right one for the U.K.’s telecoms networks, for our national security and our economy, both now and indeed in the long run.”

He is quoted as saying, “This government is clear-eyed about China,” adding “What we want is a modern and mature relationship with China based on mutual respect.”

The UK government's decision is expected to add significant costs, and delay the rollout of 5G in Britain by around two years. The decision follows the announcement in May of further US sanctions against Huawei, preventing it from using microchips from American suppliers, the NY Times report said .

Huawei, however, urged the UK government to reconsider, and said the UK would be economically damaged if it goes ahead with this decision.

It said, "This disappointing decision is bad news for anyone in the UK with a mobile phone. It threatens to move Britain into the digital slow lane, push up bills and deepen the digital divide.
"

"We will conduct a detailed review of what today’s announcement means for our business here and will work with the UK government to explain how we can continue to contribute to a better connected Britain," the statement added.