Polling stations in 650 constituencies across England, Wales, Scotland and Northern Ireland opened at 7 am (local time). After the polls close at 10 pm, counting will begin straight away. Most results are due to be announced in the early hours of Friday morning. If a party wins in 326 constituencies it will have gained a majority. 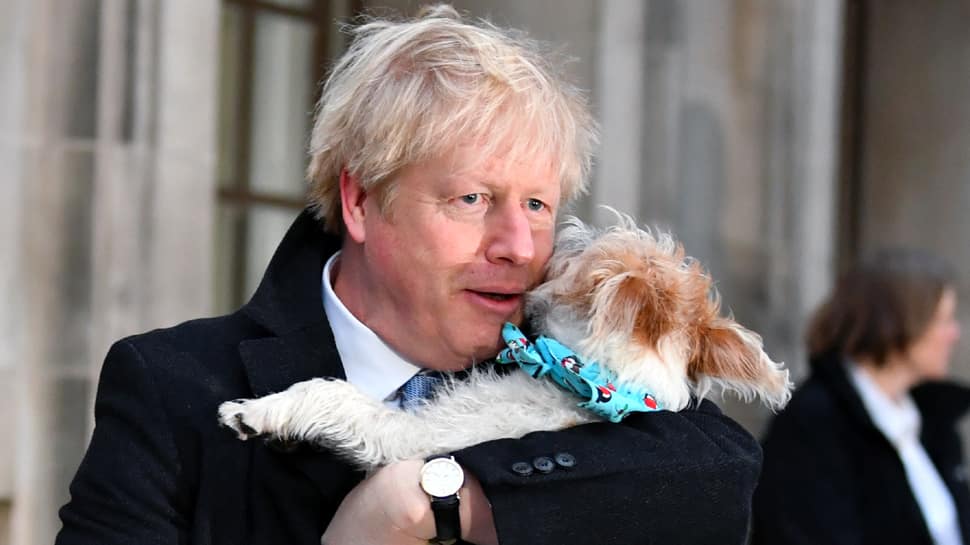 London: Voters across the UK on Thursday voted in one of the country`s most historic and decisive general election which will determine the nation`s future course of action in light of its exit from the European Union (EU). Thursday`s polls are the UK`s third in less than five years and also the first winter election to take place in December since 1923.

Polling stations in 650 constituencies across England, Wales, Scotland and Northern Ireland opened at 7 am (local time). After the polls close at 10 pm, counting will begin straight away. Most results are due to be announced in the early hours of Friday morning. If a party wins in 326 constituencies it will have gained a majority.

Prime Minister Boris Johnson cast his vote at the Methodist Central Hall polling station next to Westminster Abbey, the Daily Mail reported. Johnson, who took his pooch Dilyn to the polling centre, is the first leader of a major political party in the UK to cast his ballot. His main rival, the opposition Labour Party leader Jeremy Corbyn, was also expected to vote shortly in his Islington North constituency.

The two leaders posted on social media before polling began. While Johnson wrote on Twitter that "today is our chance to get Brexit done. Vote Conservative," Corbyn posted: "Vote Labour today to save our NHS, to bring about real change and create a country that works for the many, not the few."

Despite the inclement weather with torrential rain and ice predicted across vast swathes of the country, large voter queues were witnessed on Thursday morning in Caversham, Reading East; Battersea; and in London`s Balham, Streatham and Putney. On the eve of election day, Johnson, Corbyn and all the major party leaders made their last election pledges.

In their last interviews with the BBC, Johnson repeated his main pledges, saying: "Only if you get Brexit done (can you) move the country forward." Johnson said that he thought the election result would be "very close", and that "every vote counts". Corbyn on the other hand, said that there was a "greater understanding" from the public that the country "cannot go on with underfunded public services". A major YouGov poll on Tuesday predicted a 28-seat Conservative majority - the largest since 1987 - but pollsters said the situation was so volatile that Britain could face another hung Parliament.

While Liberal Democrat leader Jo Swinson said votes for her party could stop Brexit, the Scottish National Party`s Nicola Sturgeon said polling for her could stop further cuts to public services and to "stop Scotland being dragged out of the EU against its will". Nigel Farage warned against Johnson`s deal to leave the EU, calling for voters in Leave seats to back his Brexit Party. Green Party co-leaders Sian Berry and Jonathan Bartley urged voters to make it a moment of political reckoning on the climate, saying their party would make sure proper action was taken to meet carbon emission targets.