The RAF released photos of the Eurofighter Typhoon jets, part of Operation AZOTIZE of the Baltic Air Policing mission in Estonia, intercepting the Russian Sukhoi Su-30s on June 14 and 15. Ten days later, the Typhoons were directed to intercept two Russian Sukhoi Su-27 fighters.

Some of the world's deadliest fighters - United Kingdom's Eurofighter Typhoon FGR4 and Russia's Sukhoi Su-30 plus Su-27 - have in the last few weeks come face to face on more than one occasion near the Estonian airspace. The UK Royal Air Force Typhoon FGR4 fighters on Quick Reaction Alert (QRA) based at Estonia's Amari Air Base in Estonia were scrambled on June 14 and 15 to intercept the Russian Su-30s, and 10 days later the Eurofighter had a face-off with Su-27.

The RAF released photos of the Typhoon jets, part of Operation AZOTIZE of the Baltic Air Policing mission in Estonia, intercepting the Su-30s on June 14 and 15. On the second day, the Su-30 was accompanying an Ilyushin IL-76 Candid transport aircraft. Three photos released by the RAF shows the Typhoons flying alongside the Su-30 jets.

The RAF released a statement which said, "Typhoon jets on QRA alert launched during the evening of Friday 14 June to intercept a Russian Su-30 fighter aircraft that was flying to the north of Estonia." 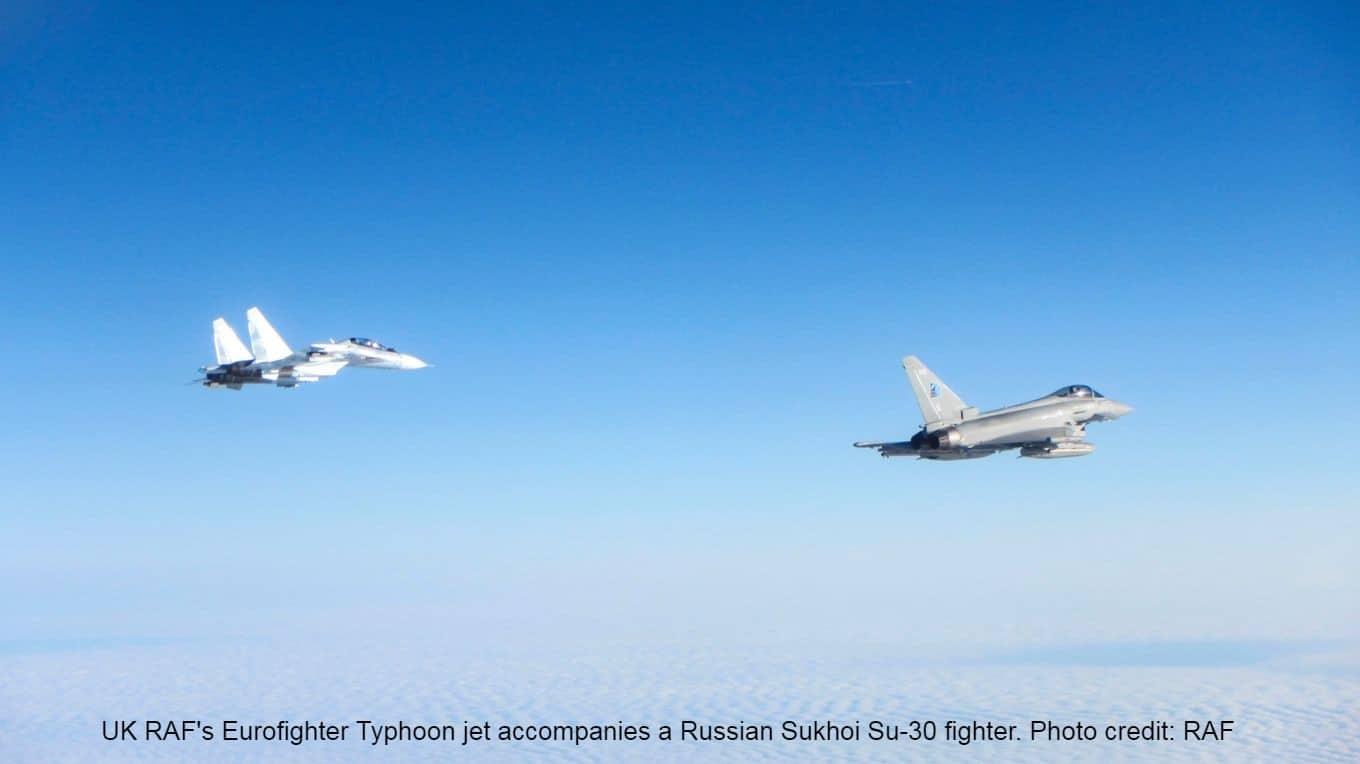 “We were scrambled to intercept a contact close to Estonian airspace in the early evening, between two periods of poor weather. Shortly after getting airborne we came alongside a SU-30 Flanker fighter aircraft. We escorted the fighter over the Baltic sea, around Estonia and passing over another Russian military transport aircraft in the process,” a Typhoon pilot from XI(Fighter) Squadron on duty when the scramble was called, said.

"RAF crews made a second scramble on Saturday 15 June to intercept a Russian SU-30 Flanker fighter and an Ilyushin IL-76 Candid transport aircraft transiting north from Kaliningrad towards Estonian and Finnish airspace," the RAF statement added.

“We scrambled to intercept two contacts that were approaching Estonian airspace from the south. We escorted the two aircraft for 15 minutes as they transited back towards mainland Russia.  We then handed over responsibility to two Finnish QRA aircraft, which had also been scrambled as the Russian aircraft operated on the airspace boundary between Estonia and Finland," a
A Typhoon pilot said. 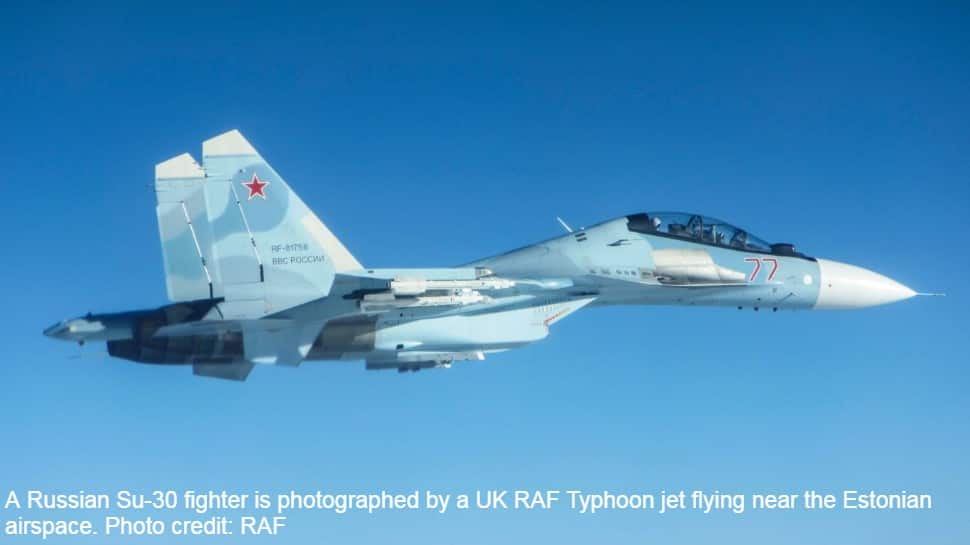 Ten days later on June 25, the Eurofighter Typhoons on QRA were scrambled twice in less than 24 hours after Russian military aircraft were tracked near the Estonian airspace. In the first intercept, the Typhoons took off from Amari Air Base after a Russian military Antonov An-12 transport aircraft was spotted. A few hours later, the Typhoons was directed to intercept two Russian Sukhoi Su-27 fighters and one Ilyushin IL-22 (Coot B) military transport aircraft.

After the intercept, the Typhoons followed the Russian planes southward before the Swedish Quick Reaction Alert of two SAAB Gripens took over the task of shadowing the aircraft.

The RAF till July 2 has scrambled its Typhoon fighters to intercept Russian aircraft 10 times since taking over the Baltic Air Policing mission on May 3, 2019. The force claims that all the intercepts have been carried out in a safe manner.